Musical acts gearing up to entertain during Groves Pecan Festival 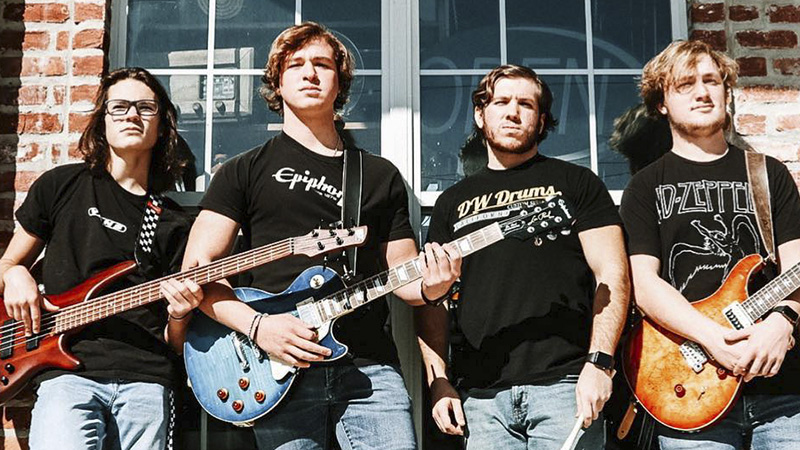 GROVES — Entertainment is lined up for the Groves Pecan Festival.

Choirs from Port Neches and Groves middles schools will perform along with dancers from Debbie’s Dance Studios.

On Wednesday, the Port Neches Middle choir practiced for their upcoming performance.

“I’m sure they were doing it long before I got here, but we have performed at the Pecan Festival since I have been here for 10 years,” PNM Choir Teacher Laura Escamilla said.

Escamilla said the two middle schools used to perform a song together at the festival, but had to stop in recent years because of the size of the two programs.

“It was really fun to do it and maybe we can bring that back in the future,” Escamilla said. 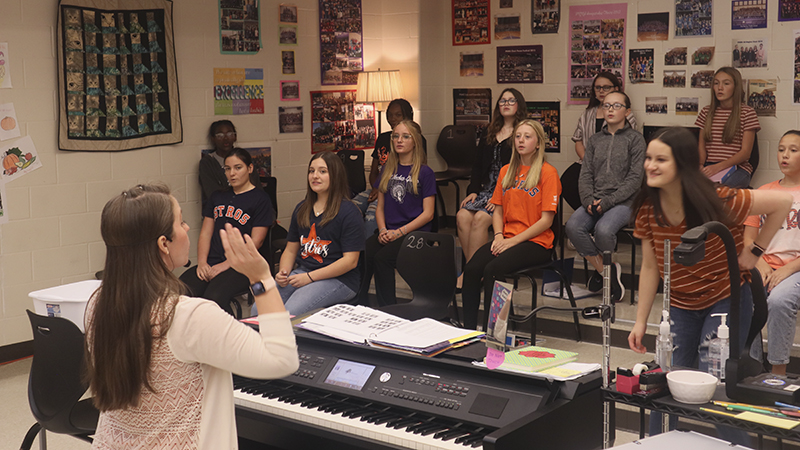 Port Neches Middle boys will sing My Girl, while the girls will sing a three-part arrangement of Lollipop and You Belong With Me. Together, the boys and girls will sing Ain’t No Mountain High Enough and Shallow. Coach Norman Abshere will be the featured singer for the performance of One-man band.

“That is fun for the kids to see another teacher get to sing with them,” Escamilla said.

“We are looking forward to entertaining the masses,” Escamilla said.

Klozure lead guitar player Benton Nesmith said he and his band mates were excited to get the opportunity. The band is made up of Nesmith, Kyler Richard (lead singer), Shelby Balsano (bass player) and Hayden Snider (drums), all of whom graduated from Port Neches-Groves High School.

“We have played a lot of local shows and are starting to build a bit of a name for ourselves,” Nesmith said. “We are definitely excited. We all grew up going to the Pecan Festival. You always think about playing it in the back of your mind.”

He said the band is influenced by 90s alternative rock and will play some original songs, as well as some covers.

“Our biggest inspiration is the band Tool,” he said. “We are going to try and keep it to mostly covers with the 90s stuff we do.”

He added the band plans to release an album of original work sometime next year.