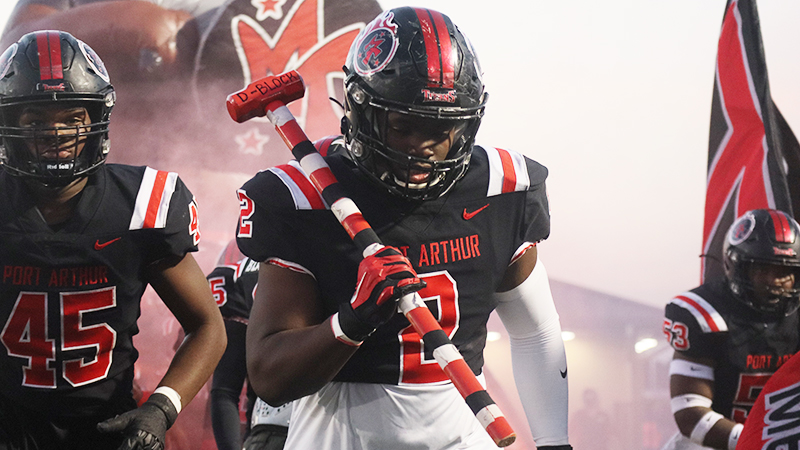 The Memorial Titans defense allowed their first points of district play last week in a 44-7 win over Galveston Ball. For the season, the Titans have outscored opponents 220-83 and 121-7 against teams in district 9-5A Division I.

Despite the Timberwolves’ record, Memorial Head Coach Brian Morgan is not overlooking BU.

“They lost some really close games,” he said. “They fly around and they strike you.”

Three of the Timberwolves’ five losses were by one score, including a 21-17 loss to Port Neches-Groves in a non-district meeting last month.

BU is coming off a 21-7 loss to Friendswood. Beaumont’s lone win of the season was a 16-7 victory over Galveston Ball.

United enters Friday’s competition with the seventh ranked offense in the district of eight teams. The Timeberwolves average 220 yards per game. The average could take another hit as they take on the Titans’ second-ranked defense, which has only allowed 165 yards per game.

“They stop the run well,” Morgan said. “Obviously, they have Chandler (Rivers) back there and I think the world of him. They have some other guys, too. As a whole on defense, They run around and tackle well. They have held teams to a low amount of points.”

Last year, the Titans beat BU 20-0. The Titans jumped up to the 20-0 lead at halftime and ran out the clock in the second half.

The United defense will get its most difficult test of the season against the red-hot Titans’ offense. The Timberwolves rank sixth in yards allowed. On the other side of the ball, Memorial’s offense ranks No. 1 in the district with more than 500 yards per game and 36.7 points per game.

The Titans have only scored fewer than 30 points one time this season, which was in the 27-7 win over Lancaster in the opener.

The Titans are led by last year’s district MVP in quarterback Jah’mar Sanders. The QB leads the district in passing and rushing yards with a total of 24 touchdowns. Receiver Ilijah Williams is second in the district with 29 catches, but first in yards with 549. His big-play ability lands him at the top of the list in yards per catch with 18.9 for receivers with at least 15 catches. The Titans are so stacked with playmakers at the receiver position that if you expand the criteria to receivers with 10 or more receptions, Memorial receiver Kelby Blanchette leads the district with 35 yards a catch.

The Titans can’t afford to get caught looking ahead. After United, they play Baytown Lee, who has a perfect 6-0 record on the season. The winner of that game will likely win the district title and the No. 1 seed in the playoffs.