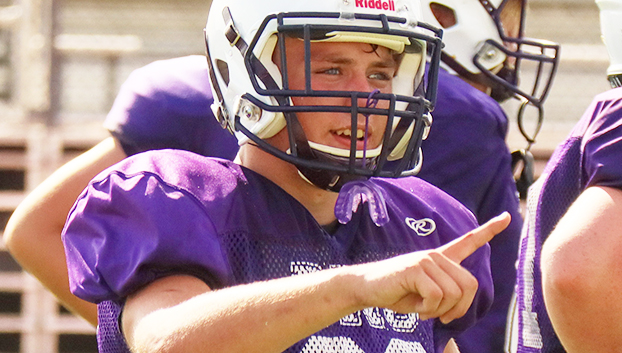 HOUSTON — A Port Neches-Groves football player is in ICU after a collision during a game caused an injury to his brain.

Noah Jackson, a sophomore on the PNG junior varsity team, was involved in a hit during a kickoff return in the team’s game Thursday night.

Jackson initially stood to his feet before staggering. Jackson began slurring his words while speaking to family before trainers called an ambulance. 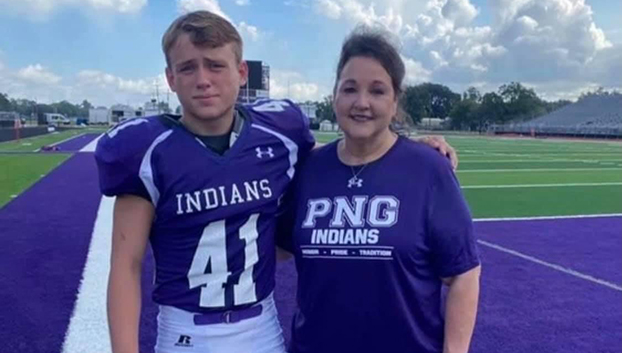 Noah Jackson is seen with his mom, Kim Borne.

The ambulance took Jackson to the Jack Brooks Regional Airport to be life-flighted to Texas Children’s Hospital in Houston.

The sophomore underwent emergency surgery and was still in ICU as of Friday afternoon.

Initial reports show signs of improvement, and doctors told family members they will know more in the coming days.

The PNG community has rallied around the JV defensive end. PNG Head Coach and Athletic Director Brandon Faircloth said he and the coaching staff will visit Jackson after the varsity game in Kingwood Park.

“He is an awesome kid,” Faircloth told The Port Arthur Newsmedia. “We are keeping him and his family in our thoughts and prayers.”

“The PNG family’s thoughts and prayers are with him and his family,” Gauthier said. “We are hoping for a speedy recovery.”

Gauthier said the cheerleaders paint their legs for every game and all of them had Jackson’s No. 41 painted on them for Friday’s game against Kingwood Park.

“You can just, kind of, feel it when you walk around campus,” Gauthier said. “You can tell their minds are definitely on him.”

The news of Jackson’s injury reached beyond Southeast Texas.

Huffman football team and school are raising money for gift cards for the family.

Family members of Jackson set up an account at Neches Federal Credit Union. Those looking to donate money towards the family’s expense can do so by going to any Neches bank and giving to the account, No. 72908. There is also a link one can click on in the Prayers for Noah Facebook group.

Those looking to donate food can do so by going to mealtrain.com and searching for “Kellie Borne” and the organizer is Betsy Lee.