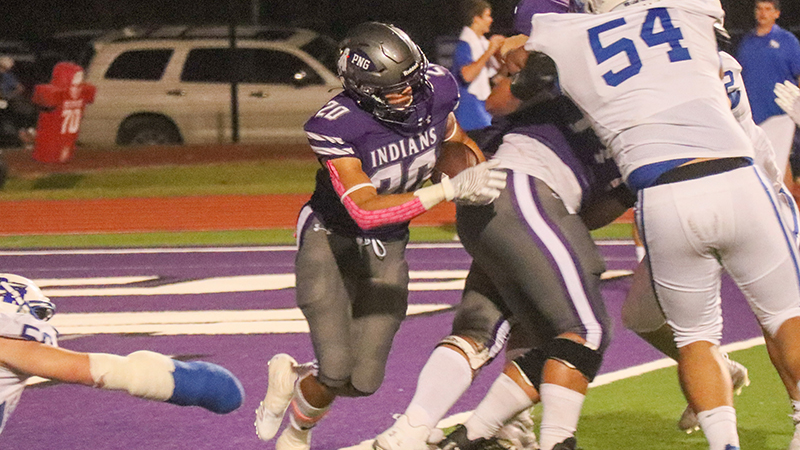 Football fans might have just witnessed the greatest weekend in this sport’s history with an incredible slate of games.

If you are a Port Neches-Groves fan, the stellar weekend started Friday night with a shootout victory over Barbers Hill. PNG racked up 576 yards to Barbers Hill’s 632, but the Indians came out on top with a 49-35 win.

The big win keeps the Indians in the driver’s seat for a district playoff spot as we approach the back half of the season.

The college football slate didn’t drop off either. The Red River Rivalry between Oklahoma and Texas was one for the record books. Texas jumped out to an early 28-7 lead over the Sooners, but OU brought it back late as the two programs exchanged scores before the Longhorns fell 55-48.

I am a Longhorns fan, but that was still one of the best games between the two programs I could remember.

Later in the day, Texas A&M pulled off the upset of the year by defeating the untouchable Alabama. The Aggies hung with the heavyweight for the entire game and landed the final blow with a game-winning field goal as time expired.

Speaking of PNG, former Indians quarterback Blake Bost got some TV time when the starting quarterback for the Aggies went down with an injury. The camera cut to Bost warming up on the sideline during the fourth quarter of a tie game.

Texas A&M’s starting quarterback was able to return, keeping Bost off the field.

Week 5 of the NFL was also a lot of fun. In the noon window, the Packers and Bengals battled it out. Kickers for both teams missed a total of five field goals, the majority of them would have been game winners. The Packers ended up winning in overtime with a made field goal, 28-25.

The 3 p.m. window had what might have been the game of the season with the Cleveland Browns and Los Angeles Chargers. The bout felt like the prime time matchup between the Kansas City Chiefs and Los Angeles Rams a few years back.

The two teams could likely see each other again in the playoffs. The game, which ended with a 47-42 win for the Chargers, featured a tie and eight lead changes, four of which came in the last quarter when the teams combined for 41 points.

The football weekend concluded with Monday night’s Ravens comeback win over the Colts in what was likely Lamar Jackson’s best game of his career. The Colts kept the dual threat quarterback fairly bottled up, but he was able to light up the injured secondary to the tune of 442 yards and four touchdowns.

Despite being down 19 points early, Jackson led the team to 16 fourth quarter points to force overtime. In the extra period, Jackson and the Ravens received the ball first and never gave it back as they drove the field for a game-winning TD.

This was a fun weekend of football and hopefully a sign of more to come.