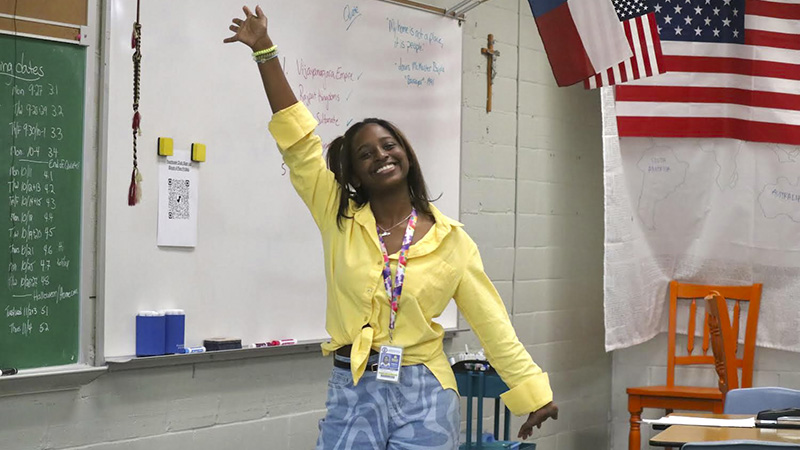 It’s not uncommon to see Madison Goudeaux on stage at Port Arthur Little Theatre. And in a decade, she hopes you’ll see her name in a large publication.

But it’s where you don’t see the 17-year-old that means the most to her.

“Even though I go to school in Beaumont, I still like to be very involved in Port Arthur,” the Kelly High School student said. “My mom works for the city, so I’m always helping her. I’m a community girl. Even though you might not see me, I’m always out there behind the scenes. Just because I go to Beaumont, it doesn’t mean I don’t know where I’m from.”

Born and raised in Port Arthur, Madison is using her present to prep for her future. Right now she’s involved in AP English and Composition, and very involved in year book.

“Next year I’ll be in AP Government, which I’m really excited about because I get to write and talk about history,” she said. “I’m a history buff. I love learning about things that happened in the past and applying it to things that are going on now.”

The daughter of Yolanda and Byzion Goudeaux has been applying for colleges, but hasn’t decided on one just yet. Her current plan is to finish applications and go where her sense of adventure takes her to major in journalism.

“I definitely want to focus on the writing aspect of it,” she said. “One day I was writing papers in school and just realized that, even though it might not be a topic I’m interested in, once I start writing I just keep going. I realized I could make a career out of this.”

And words, she said, are the strongest way she has to express herself — outside of her work in theater. 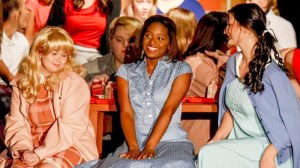 “I’m a theater kid through and through,” she said. “Most people may not know that about me or say, ‘you don’t really look like one.’ I love theater. I do a lot of community service projects with the theater.”

Because of her involvement, there isn’t much time for spare time.

“But I’m perfectly fine with that because I’m so happy there,” she said.

One thing Goudeaux does have time for is her internship with Envite Media Company, where she’s working on her social media and marketing skills. It’s something she hopes to use along with her journalism degree.