The two sides reached a five-year agreement, which was brought to a vote during a city council meeting.

“It is good for the morale of the police department,” City Manager D.E. Sosa said.

He said the longevity of the contract signifies the trust the two sides have in each other.

“I haven’t really seen a contract go over two or three years,” he said. “Most of them are year-to-year. A five-year one is probably the exception and not the rule… It shoes mutual trust and respect for the association and the city’s management.”

Groves Marshal Norman Reynolds declined to comment on the contract. He is not part of the police union, because he is an elected official.

Despite the contract negotiations, there was never a threat of a hold out, as first responders are forbidden by law to do so.

Sgt. Detective John Hudson is the president of the officer’s union but did not return requests for comments on the new contract.

The city manager said he hopes Groves is close to a resolution regarding the former Renaissance Hospital. The building has been vacant for eight years and was recently the scene of multiple incidents, which include a man indicted for allegedly burglarizing the location.

Sosa said he met with officials from The Medical Center of Southeast Texas, which owns the property.

“Something has to happen with that,” Sosa said. “I got ahold of the guy that is in charge of real estate for the hospital. I put him in touch with a local developer that wants to discuss the possibility of getting the hospital at a pretty good price and tearing it down and going back with assisted living. That is just the beginning discussion stage. The guy that is interested finally got ahold of the right guy in the hospital hierarchy to talk about getting the property.”

The city also elected to keep the effective tax rate.

“The rate we adopted is the no-new-increase rate,” Sosa said.

The decision came after the city council met with other city department heads to discuss the budget for the fiscal year. 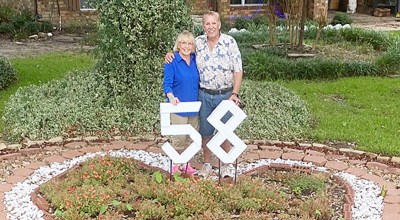