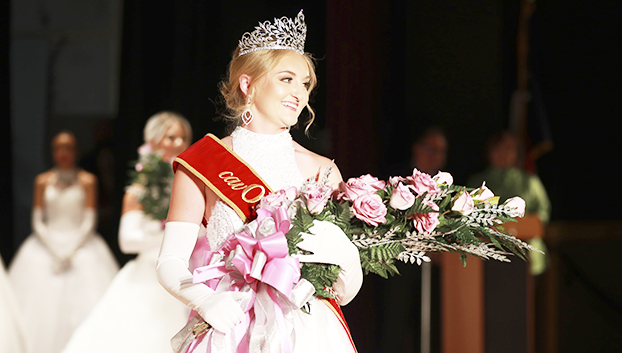 The moment Kristin Hebert heard was almost a blur.

“I was in disbelief and shock,” she told Port Arthur Newsmedia following Saturday’s annual event. “They called my name and I just stood there frozen for a second, like, ‘oh my gosh, I just won.’”

It’s hardly a surprise that the high achiever would be selected to lead Southeast Texas in the event’s 69th year — a celebration meant to honor something as rich as its name. 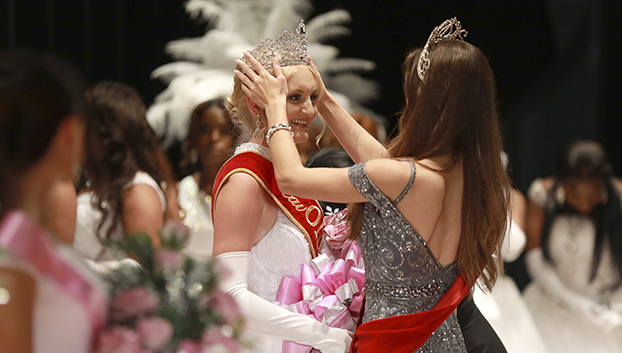 “CavOILcade was started back in 1952 from the Port Arthur Chamber as a way to bring the community together,” said Pam Trosclair, executive director. “At the time Port Arthur oiled the world, so they decided to honor that. It became a huge festival.”

Trosclair said over the years the celebration has lessened a bit but has also broadened out to include the petrochemical industry.

And, of course, there will always be a queen.

Hebert’s sister had competed several years back. And in watching, she knew she wanted to compete to be cavOILcade queen some day.

Now having achieved that goal, she’s back to working on the many others she’s been juggling for years.

Hebert, who was sponsored in the pageant by ZaZa’s Boutique, went from Nederland High School to Lamar University, where she will complete her junior and senior years through the Texas Academy of Leadership in the Humanities.

The 18-year-old will graduate high school with 60 college hours, and is on track to earn her bachelor’s degree in Exercise Science at age 20.

From there, she’s off to medical school with the ultimate goal of becoming a doctor.

In addition, she’s in her 15th year of twirling and currently is a featured twirler for Lamar University. She also plays the clarinet, which she learned in public school, and piano, which she learned through private lessons starting in third grade.

And while the realization of winning is still settling in, she is excited to start her role representing cavOILcade at a multitude of events.

She is the daughter of Carol Hebert and Mike Hebert.

Halle Lewis was named Lady in Waiting to the Queen. Lewis was the Dutchess from Orange County.