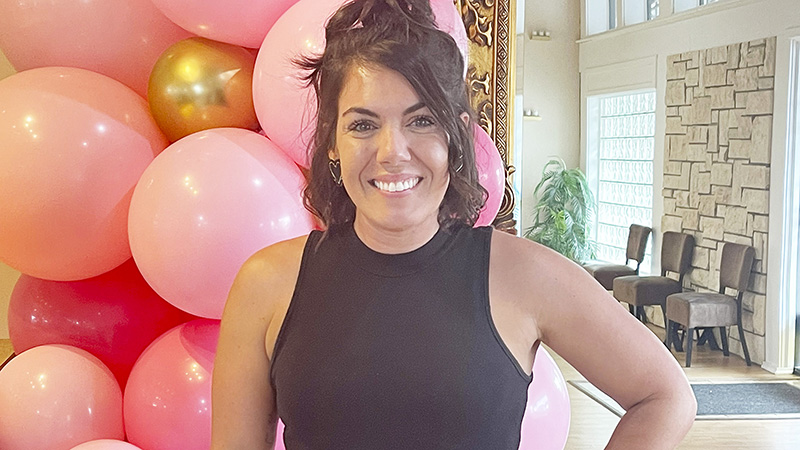 One of Tiffany Pflieger’s first jobs as a young adult was cleaning beds at a tanning salon. Now, she and co-owner David Joel are celebrating the 30th anniversary of their Boston Avenue location.

It’s a business she’s practically grown up in. After cleaning beds, she became a manager. Ultimately, she managed seven locations. And now, she’s part owner of Florida Tans locations in Nederland, Beaumont and Lumberton.

Tiffany and David didn’t originally open the businesses but bought them four years ago from the previous owner.

And with October being such an active month in Southeast Texas, the two local business owners are using the season and the anniversary to kick off a month of events, promotions, education and other things. 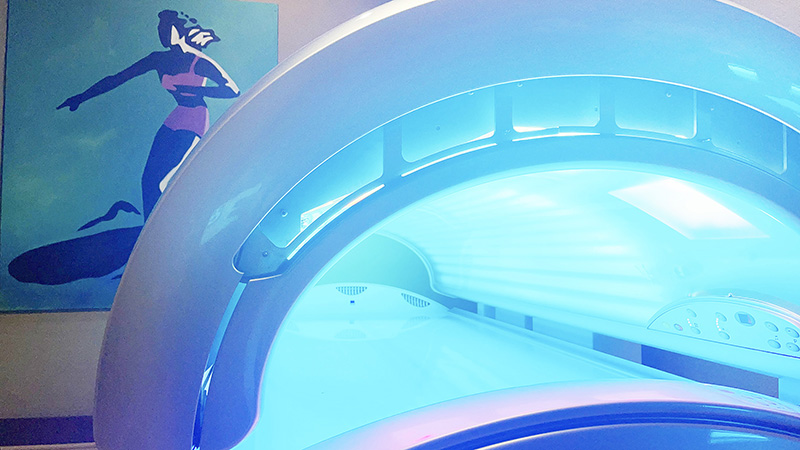 Beds at Florida Tans range in size and amenities, and spray tans are done by hand. (Monique Batson/The News)

The evolution of tanning

When salon tanning first became popular, there was a concern about the UV rays. But times have changed.

“We do UV free airbrush tanning,” Tiffany said. “I know with tanning — not everybody knows what all there is too often.”

Tanning itself, she said, changed dramatically.

“It’s evolved so much in the last few years. The way that we spray tan, the girls hand spray you. You never have to have an appointment, and it’s a good service for a great color. Not everyone knows you can get that so easily around here.”

In addition to in-salon spray tanning, Florida Tans sells bottles of the products used so customers can maintain their color at home.

And there’s no age limit for spray tanning.

Tiffany says it’s often used by young children for dance recitals, or for teens ahead of Homecoming or Prom.

Hailey Flores, 24, works as a salesperson at the Nederland store.

Her favorite part of the job, she said, is helping people find the right tans and products for their skin.

“I love when people come out and they’re happy with the results and stuff I recommended,” she said.

Even the lotions and products have evolved. They’re now infused with aloe and anti-aging elements.

The evolution of Florida Tans

Tiffany and Joel have a very busy month ahead of them. In addition to promoting the store’s anniversary, their team of employees will be out and about wherever possible.

“I’ve basically scheduled as much as I could, within reason,” Tiffany said. “Every Saturday around here — everybody says there’s not a lot to do, but there’s so much going on. So every Saturday we’re going to be at something.”

That includes Golftoberfest at 5Under, Dogtoberfest, all Fall markets, and promotions and giveaways in conjunction with other local businesses.

But they haven’t left out the customers.
“We’re going to do a Free Tan Friday series, so if anyone hasn’t been to Florida Tans since 2021, (they) can come tan free… as well as a multitude of promotions that we’ll post on Facebook as the month goes on.”

And if you can’t get into the store to take advantage of promotions, no need to worry. They’ve set up the website where customers can buy packages including promotions without leaving their house.

“I’m just a little extra spirited some days,” Tiffany said. “But in this role I’ve learned the importance of having the support of the people around you. If you don’t have that in a small town, it’s really kind of a bummer.”

With that, she added, Florida Tans is using its platform to promote the businesses around them and organizations with which they work.

“We’re so lucky and so blessed,” she said. “So my role is to give back to all of that. To help promote and just celebrate.”

Florida Tans is located at 1112 Boston Avenue in Nederland.