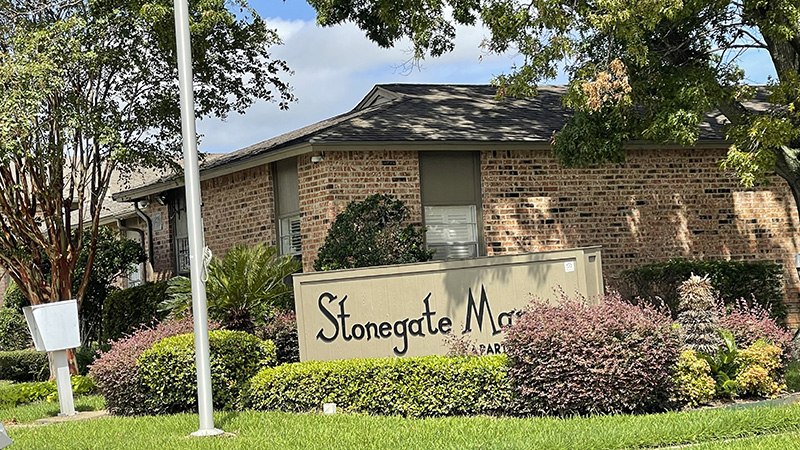 Several residents of Stonegate Manor in Port Arthur approached and were told during a Tuesday night council meeting that they would soon be getting extensive upgrades to their apartments.

“I’ve lived in Stonegate since 1987,” one resident, who identified herself as Melinda, told council. “I’m very proud of my complex. The complex really needs a good update.”

Melinda said she’s been in her current unit for 11 years and it’s never been painted.

“The carpet is old, the flooring is separated. But I’m very blessed to have a roof over my head.”

She was one of four residents that addressed the council during a public hearing regarding tax credits for the proposed rehabilitation of the 240 units at the complex on Turtle Creek Drive.

Most detailed needed upgrades ranging from HVAC systems to plumping issues, but they gave thanks for new security systems that were recently put in place by ITEX Group, which took ownership of the apartment complex in January.

“I’ve been there since 2013,” said Lois Ware. “I’m not to the point where I can’t do better. I want to do better. I love my community and I’m looking forward to (it) being a great success with the help of the city of Port Arthur.”

ITEX Group representatives Kenny Baugh and Dakota Courville were also in attendance for the meeting, during which they said they’ve acquired approximately $15 million to make upgrades to the 240 units.

“A lot of what the tenants explained…will be covered in the development,” said Kenny Baugh.

During the renovations, Baugh said, ITEX Group will pay for storage for those living in units under construction, and will also pay to have their utilities shut off and back on — removing all burden of cost from the tenants.

Councilman Thomas Kinlaw, who represents the district in which Stonegate Manor is located, said he had been in talks with ITEX about renovations to the property.

“This seems to be an ideal time and place where we can service some of the residents from my district,” he said. “I want this to be a success. It’s blooming in District 3.”

While on board, one councilman did stress the need for urgency.

“Don’t take too long,” Councilman Cal Jones said. “Let’s be more timely and give people good living conditions, and we will appreciate that. I’m sick and tired of the citizens from these apartment complexes talking about what they’re going through. When I go home at night, I’m not grabbing popcorn. I’m worried about what the people here are going through.”