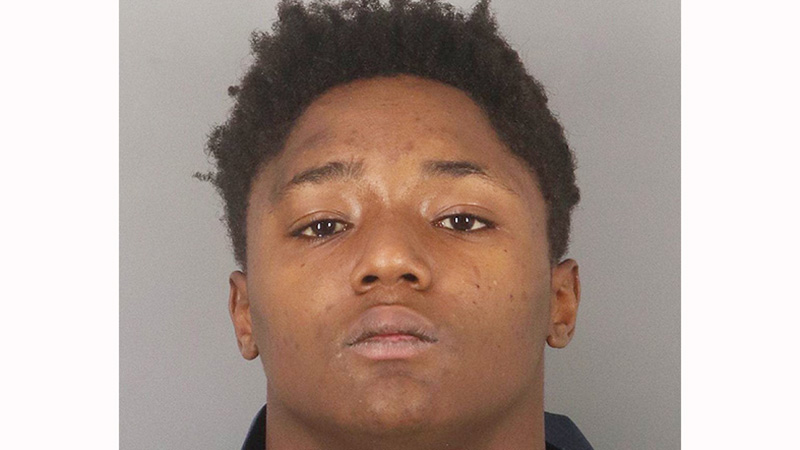 An 18-year old Groves male is jailed in connection to one of two shootings in Port Arthur that happened hours apart Thursday evening.

Police do not know at this time if the two shootings are related.

Police were called to the 3200 block of Eighth Street at approximately 6:07 p.m. Thursday, when a vehicle with two men inside was shot by multiple firearms.

None of the occupants were injured, according to a news release from the Port Arthur Police Department.

Arriving officers spoke with the victims, who provided the location and description of the suspected gunman.

The investigation led to the arrest of a suspect, identified as Kendell Nelson Hicks, at this location for aggravated assault with a deadly weapon.

Bond for the charge is set at $75,000 and as of Friday afternoon he was still in custody, according to information from the Jefferson County Sheriff’s Office.

Sgt. George Clark said, after being given consent by a homeowner, officers located two handguns inside the location. Several unfired rounds inside two handguns matched shell casings found in the yard, according to Clark.

Det. Sadie Guedry said a motive for the shooting in not yet known.

Earlier in the day Thursday, a man was injured in a shooting while in his car. His medical condition is unavailable at this time, Guedry said.

This crime happened at approximately 2:35 p.m. in the 1700 block of Rev. Dr. Ransom Howard Street.

The victim sustained injuries that are not life threatening, and he was brought by EMS to Christus St. Elizabeth Hospital in Beaumont, police said.

A motive for this shooting is also not yet known.

Guedry said both cases are under investigation, and it is unknown at this time if they are connected.

If you have information on these or any other crime, you can call the Port Arthur Police Department at 983-8600 or Crime Stoppers of Southeast Texas at 409-833-TIPS. You won’t be asked your name and you may be eligible for a cash reward. You can also make an anonymous tip to Crime Stoppers by downloading the P3 Tips app on your smartphone.