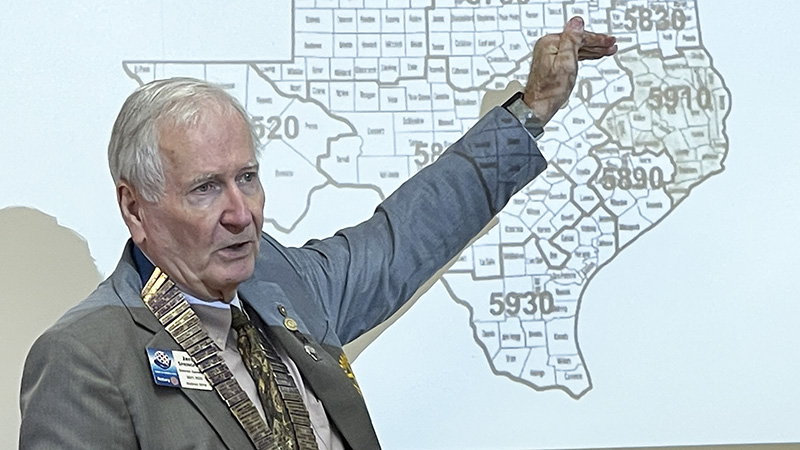 There were a number of times Port Arthur Rotary members applauded or nodded along as District 5910 Governor Jerry Springfield spoke during Thursday’s meeting.

But the room filled with loud gasps when the conversation turned to a topic Rotary works to fight — human trafficking.

“There are three types of human trafficking: forced labor, involuntary servitude and sex,” he said. “According to the state department, the biggest sector is forced labor, not sex.” 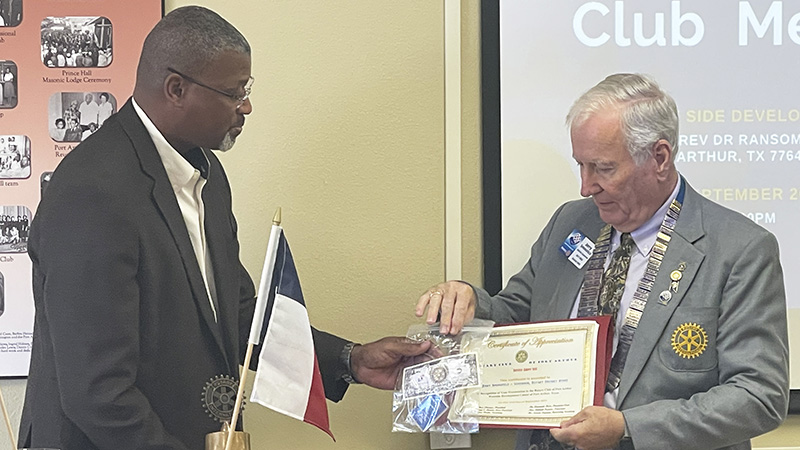 Texas is second in human and child trafficking, according to information from the Texas Attorney General’s Office. At any given time, 234,000 individuals are being trafficked in Texas — 79,000 of them are minors.

And males, Springfield said, are more likely to be victims than females, as they are “groomed” for it.

And, he added, it’s a problem in all cities.

Warning signs include people who appear malnourished, show signs of abuse, avoid eye contact and law enforcement, sound rehearsed or scripted when they speak, lack personal possessions, have certain tattoos or branding on their body, suffer from poor physical and/or dental health, and not being allowed to speak for themselves, among others.

Another topic Springfield talked on was equality versus equity.

While speaking, Springfield explained the large chain of nametags he donned around his neck.

It started with former District Governor Joe Byrd in 1950 and includes name tags from everyone that has served as District Governor since — including the grandfather of his wife and fellow Rotarian Roschelle Springfield.