Groves woman says her house was shot, now fears for her safety 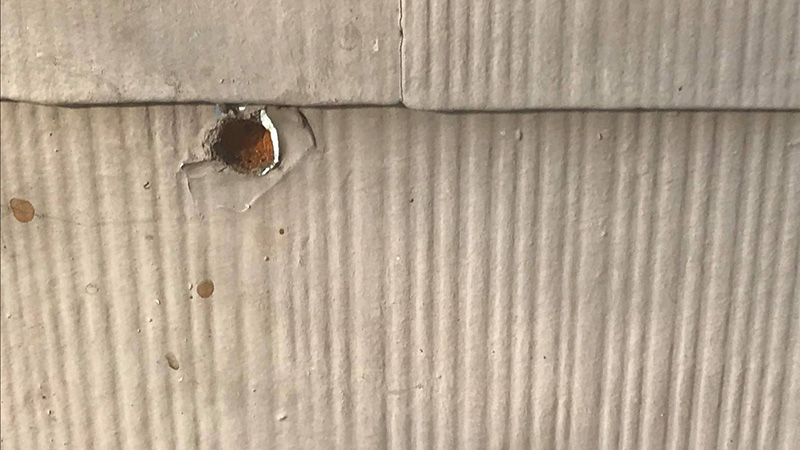 GROVES — A Groves woman said she no longer feels safe in her neighborhood after her home was reportedly struck by gunfire over the weekend.

The woman, who asked not to be named, was woken by her daughter telling her she had heard more than 10 shots fired around midnight Saturday night into Sunday. On Monday she found two holes in front of her Hickory Avenue house and spoke with Groves Police at her home.

A neighbor captured video from the shooting.

The woman provided two close-up photos of small holes to the outside of her home.

City Marshal Norman Reynolds Jr. said officers listened to audio captured by a doorbell camera that sounded like it came from a firearm.

Reynolds confirmed an officer spoke with a woman on Hickory Avenue and saw damage to the home but could not confirm the damage was from a bullet.

The woman told Port Arthur Newsmedia her neighborhood was relatively quiet but now she no longer feels safe.

“I even told grandkids they’re not allowed to play outside and we keep doors locked,” the woman said.