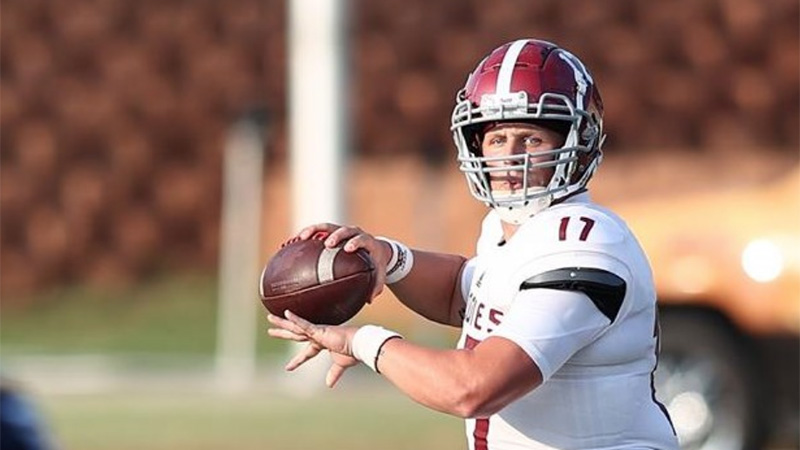 Three former Port Neches-Groves quarterbacks took the field for their respective college programs over the weekend.

Many already know about the Texas and Texas A&M players (Roschon Johnson and Blake Bost, respectively) taking the field, but another PNG alum made an impact in a big win.

Adam Morse also had himself a day as the starting quarterback for Henderson State. For the season, Morse has completed 63-of-90 passes for nine touchdowns and two picks. He also averages 295 yards per game.

Morse attended Lamar University in 2017 before transferring to Henderson.

Morse and Henderson State are 3-0, coming off a 58-18 win over Arkansas-Monticello. The Reddies racked up more than 600 yards of offense with Morse leading the way with nearly 400 yards passing.

He also added five touchdowns for the game.

Henderson State is ranked No. 25 in the AFCA poll and will put its undefeated record on the line Saturday when taking on rival Southern Arkansas.

Blake Bost, who joined Texas A&M as a preferred walk-on, took five snaps in the Aggies’ 34-0 win over New Mexico. The freshman did not attempt a pass, as the coaching staff called run plays to burn the clock.

Bost was added to the depth chart last week after the starting quarterback went down with a leg injury.

Roschon Johnson, who held the reigns at PNG before Bost, had a big day for the Longhorns, racking up more than 100 yards rushing and a highlight-reel run, shrugging off multiple defenders on his way to the end zone. The total was a season high for Johnson, who was highly recruited coming out of PNG. He was later moved to running back after the team had multiple injuries at the position.

Time will tell if his performance against Rice increases his playing time with Texas’ new coaching staff. He is firmly behind Bijon Robinson, who started the season on the Heisman Watchlist.

On social media, the PNG faithful touted the school as “QB High.” Given the recent success of those who have played the position and gone on to take the field for large programs and put up numbers, the argument against it is difficult.

Former PNG coach Norman Abshere said he believes that is a first for the school to have three former QBs take the field for their respective colleges on the same day.

We wish them the best and will be watching the rest of their seasons.