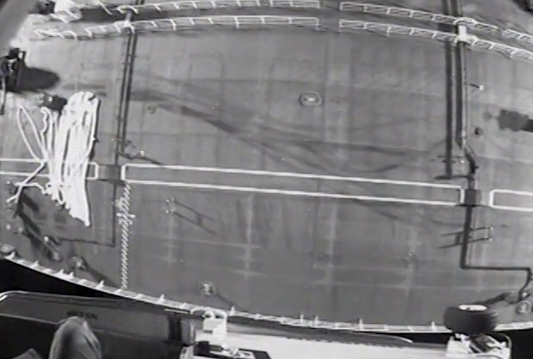 A man was rescued by the Coast Guard Sunday after he became ill on a tanker off the coast of Sabine Pass. (Courtesy photo)

A 35-year-old man was rescued Sunday approximately 22 miles south of Sabine Pass after he was “exhibiting abnormal lethargic behavior,” according to information from the U.S. Coast Guard.

The Houston command center received the call at approximately 10:36 p.m. from the Pacific Ruby, an anchored tanker.

The man was taken by MH-65 Dolphin helicopter and brought to the Medical Center of Southeast Texas for treatment, where he was last said to be in stable condition.