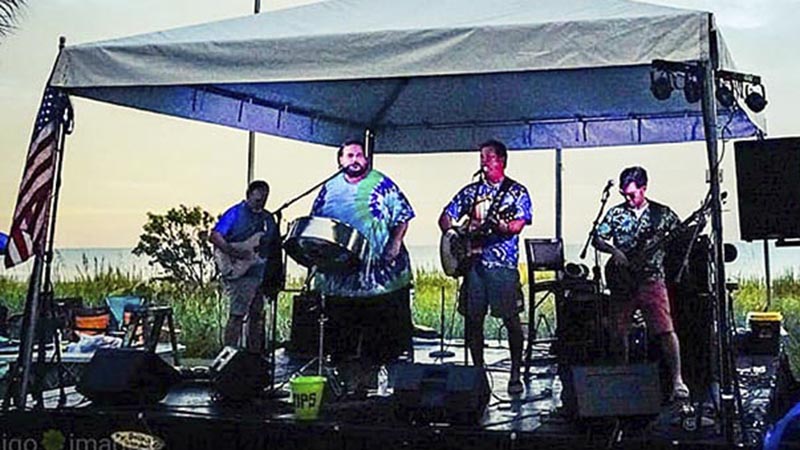 NEDERLAND — Jerry Diaz has longed performed with his band in small and medium-sized towns across the Gulf Coast in family-oriented community events.

The experiences, along with other local interactions, gave the Nederland High graduate an idea for his hometown.

“I often run into friends and family who live in the area of Mid County who tell me they would like to see me play somewhere but they just don’t necessarily go out to restaurants or bars,” he said. “They would come see us if there were events in the community like this. Not only is there a need for it, there is a desire for it out there.” 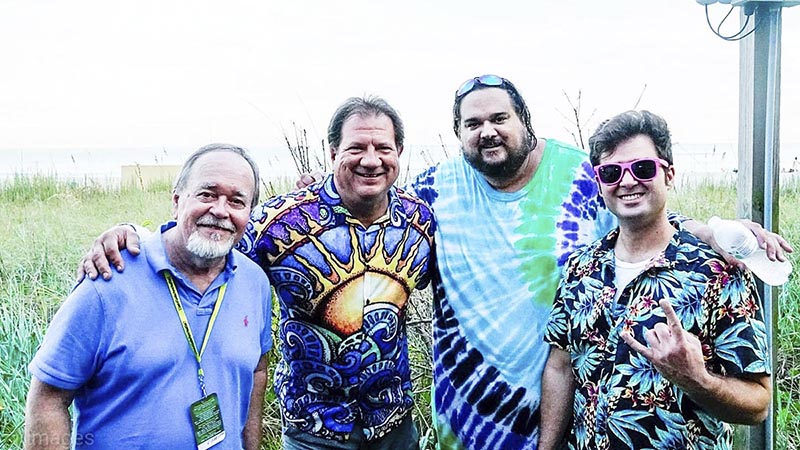 Jerry Diaz, second from the left, and his band, Jerry Diaz & Hanna’s Reef, are helping lead a concert series each Thursday in October in Nederland. (Courtesy photo)

Diaz got his wish and has partnered with the Nederland Economic Development Corporation to launch the inaugural Nederland EDC with Jerry Diaz Taking it to The Streets free concert series.

Main stage performers will play each Thursday in October from 7-8:30 p.m. on a stage set up in front of the Nederland EDC office, 1519 Boston Ave.

There is no charge to attend the concerts. Nederland-based food trucks will sell food and refreshments at the venues, and no alcohol is permitted.

Attendees are welcome to bring their lawn chairs for comfortable seating and are asked to arrive early in order to secure a great view.

“I can see us having a very successful series, even a six- to eight-week run in the Spring and the Fall, expanding our audience to regional and, who knows, maybe even bigger than that,” Diaz said. “We’re going to start off with local artists and if it goes well, we should be able to expand how far we reach with this. It’s a fantastic opportunity. I’m glad to be involved in the first year, but as it goes forward, it’s not about my band playing, it’s about trying to get as many different bands in as possible.”

Diaz said the goal is to attract a diverse selection of bands that bring general appeal and provide family-oriented entertainment.

According to Diaz, the growth of Downtown Nederland and the work of the EDC and others is attracting attention.

“I’m really excited about the future,” he said. “I can see Nederland being a place where people come and congregate more often. I am hoping this music series will help spur some of that.”

“This is something really cool we need to do for the city, for the citizens to give them something to do,” she said. “People want to be outside. The past couple of years have been like: What can we do to help promote the community and get people actively involved? People are adults. They can space themselves out.”

The EDC is seeking sponsorships to help fund the effort, which was not originally part of its budget. Sponsorships are available for between $250 and $2,000. For more information, call 409-729-1020.

“Thursday nights seem to be a better night for bands and being able to afford them,” DeCuir said. “There will be porta-potties, and we’ll have a wash station.

“We’re looking forward to having a good time. It’s our first one so we’re learning as we go, and then, hopefully, they just get better and we’re able to have more successful concerts.”

“The city’s cost should be limited to overtime to assist with the barricades, as well as any additional garbage collection the day after the concert,” he said.