PNG bounces back against Galena Park 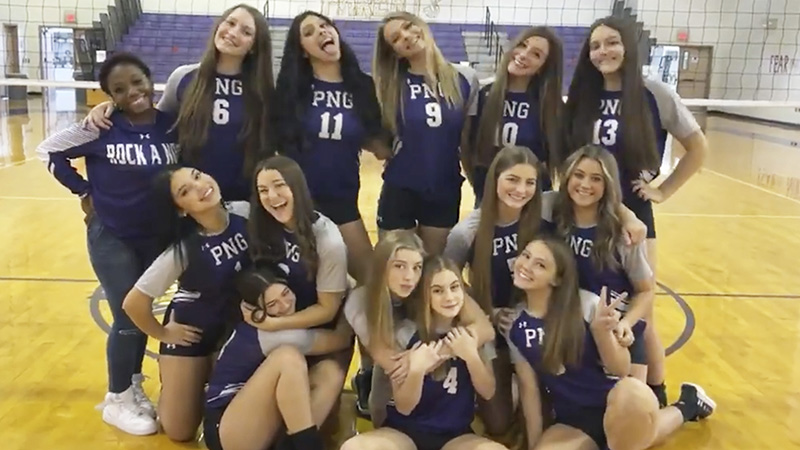 Port Neches-Groves volleyball bounced back with a 3-1 road win over Galena Park Friday.

The Indians fell 3-0 to Barbers Hill Thursday. The game was originally supposed to be played Tuesday, but was pushed back in preparation for Hurricane Nicholas.

PNG Head Coach Brittany Fruge said she was proud of the way her team played Friday as they continue to fight through adversity.

“It was very encouraging,” she said. “These girls are fighters. I feel like after tonight, they really proved to themselves that with the odds stacked against them, if they continue to fight and believe in each other and trust the process, then anything is possible.”

Sarah Grove led all players with 10 kills. Addison Bost and Mariela Dublon had 21 and 19 kills, respectively. Trista Hughes had a team-high 22 assists.

Fruge said she saw great improvement from her team in a short amount of time. Injuries and illnesses have plagued the young team early in the season.

“We had a week of two-a-days and then, had that COVID run,” Fruge said. “The program was shut down while most programs were running. I ended up with COVID pneumonia. I was out for three weeks. We had five matches cancelled and two tournaments. The night we stepped on the floor to play Dayton was really our first game and most teams in our district had already played 14 matches.”

The coach said one player suffered a concussion, while another tore her ACL and another player dislocated her kneecap.

Fruge said her team is still in preseason mode.

“That is okay, because I don’t want to peak too soon,” she said.

PNG returns to the court Tuesday at home to take on Beaumont United.