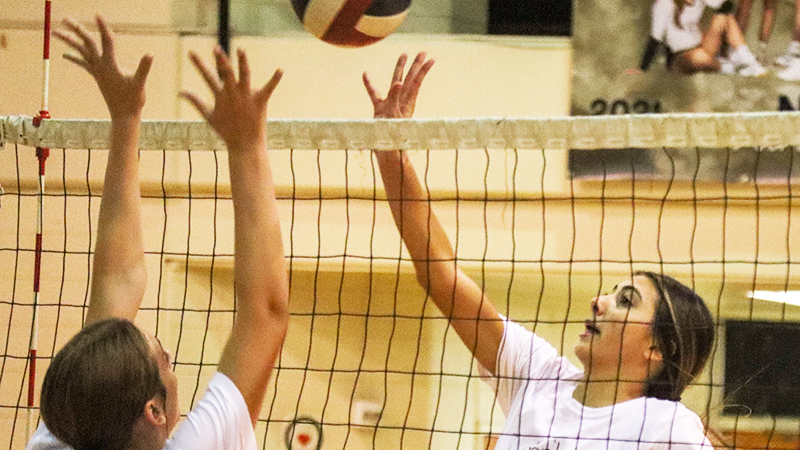 That experience, which included a second-round playoff appearance, was invaluable to the sophomore now challenged with holding down the middle of the team.

“She is one of those players that, no matter where she is on the court, she can find a way to put the ball down,” Crommett said of Smith. “It doesn’t matter if she is on the front row or back row, she makes an impact. I think she will eventually step in to that roll that Katie (Perez) and Abby (Meaux) spot, where she is a six-rotation outside. She is athletic enough that if we need her on the outside, she can play there. If we need her in the middle, she can play there.”

Crommett said one of Smith’s biggest strengths is her unselfishness and willingness to do whatever it takes to help the team.

“She came up and asked what I wanted her to do and wanted to know where she would be playing next year,” Crommett said of her conversation with Smith last season. “I told her that we were going to need a middle and she wanted to get reps there.”

Smith said she is hard on herself and always wants to be the best at what she does. Her coach said the staff has tried to get her to lighten up a bit and understand that it is OK to not be perfect every day.

“She is a perfectionist,” Crommett said. “I told her that she was doing fine one time. She said ‘Maybe to your ability level, but not to mine.’ As she has gotten older, she has recognized it a little more and not been as hard on herself.”

Smith said she is trying to have fun this year.

“I want all of my games to be my best game,” she said.

Smith comes from a competitive household. Her dad, Chris Smith, is the head basketball coach at Port Neches-Groves High School.

“Sometimes, it is nerve racking because he knows everything,” Smith said of her dad. “At the same time, he knows how to help me and gives me pointers all of the time. He and I will come to the gym sometimes and play one-on-one volleyball.”

She added that she is the better volleyball player and usually wins.

Nederland returns to the court Thursday to play Beaumont United and will host Crosby Friday at the Dog Dome.