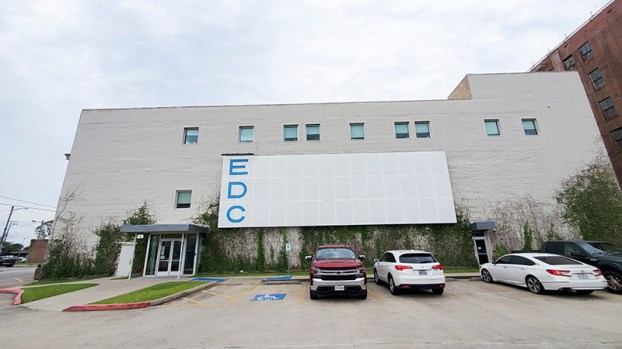 The plans for an interim CEO for the Port Arthur Economic Development Corporation have changed in the past month.

The current plan, as of the last PAEDC meeting, is for outgoing CEO Floyd Batiste to act as a consultant for the organization for 15 hours each week as the board goes through the process of selecting a new executive officer.

Batiste previously tendered his resignation with his last date of work set for Sept. 30.

An initial plan was to bring in Ike Mills, who years ago served in that capacity, as interim CEO, but the city of Port Arthur, which has final say over PAEDC matters, had not made a decision yet.

Board president Darrell Anderson informed the board he was contacted by the city attorney, who said the appointment of Mills was done incorrectly, which is why the city has made no decision.

Leaving Batiste in the position if only temporarily was pleasant news for John Chirafis, who resigned his post on the PAEDC board in late July.

Chirafis said he is pleased to hear Batiste will remain on as consultant as the search begins for a permanent replacement.

“Floyd is a super guy. He made it (PAEDC) what is it. A lot of people don’t know that,” Chirafis said, adding the PAEDC needs to be fueled by businesses not manipulated by politics.

Board members opted to ask staff to find four search firms from which to choose from – one of which will be tasked with performing the search for the new CEO.

The board also ironed out some wording for the PAEDC Employee manual, yet tabled the agenda item for further discussion with the city.

Batiste explained the manual does not yet address the process if a person wanted to file a grievance against management or a supervisor.

“We are going to add a grievance policy that’ll provide process and procedure if a staff person wishes to file against the director or supervisor,” he said.

Another agenda item that needs further discussion is the job description for the CEO and deputy director. The reason, he explained, is there is no longer a deputy director.

George Davis was previously serving in the deputy director position, learning the ropes from Batiste with the intention of moving into the CEO position at a future date.

But the position of deputy director was done away with with the approval of the 2021-22 fiscal year budget. Batiste said Davis will move to another job position with the Pleasure Island Advisory Board.

The PAEDC board is set to meet a 6 p.m. Monday.

The position open at the time was for a finance and membership director. Then Greater Port Arthur Chamber Executive Director... read more