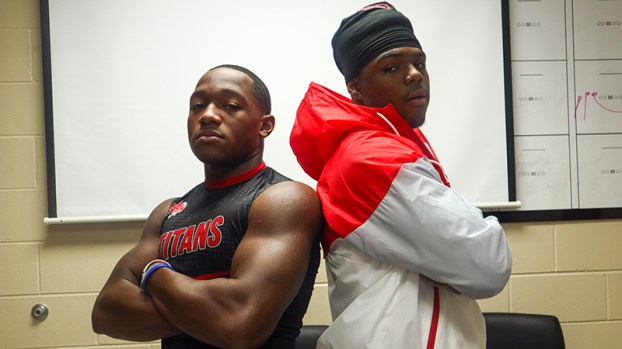 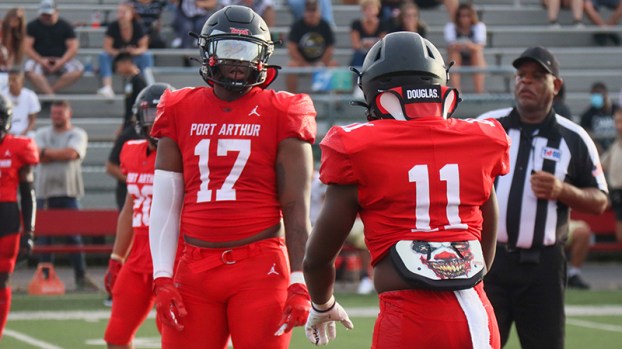 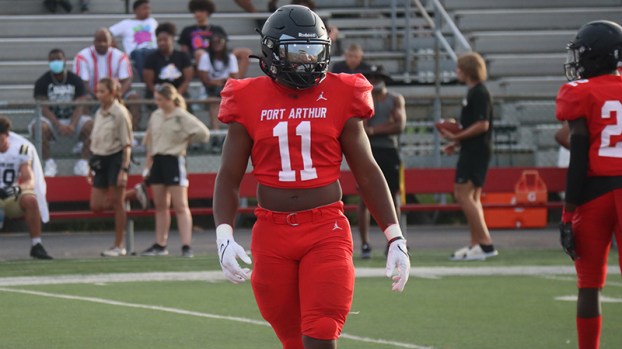 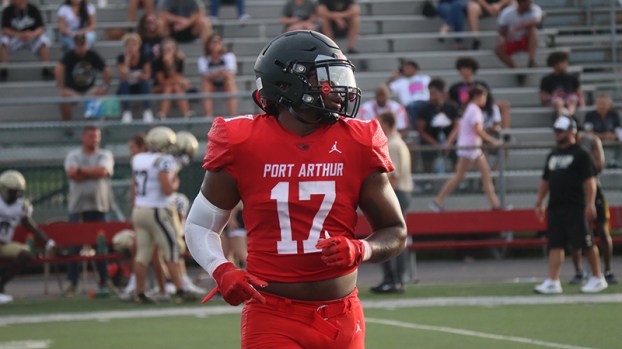 Memorial might have the most talented linebackers in Southeast Texas.

Senior Jayden Fisher and junior Darrell Thornton anchor one of the most intimidating defenses in 5A Division I.

The playful banter between the two really symbolizes what this imposing Titans defense has molded into over the past two seasons, which is a group of close-knit players with a common goal.

With a run at a state championship at the top of their list, both said they believe this year’s defense is better than the group that led the Titans to the first undefeated regular season in school history last year.

Fisher, undersized for his position, is the leader of the defensive unit.

“We want to dominate the other team,” Fisher said. “We have to stick together and fight through. If the offense can’t do it, we have to step up and do it for the offense.”

While the Titans offense didn’t need much help in Friday’s 56-28 win over Barbers Hill, the defense tacked on two scores at the end of the game. A fumble recovery and score by Christian Thomas and a pick-six by Thornton sealed the win.

“The d-line made it happen,” Thornton said. “They got to the quarterback. He threw it and I was watching it in the air. I saw (Jaylon) Guilbeaux from the corner of my eye. He jumped up and I ran behind him and caught it and I was gone. I already knew (I was going to score).”

Fisher said he and Thornton compliment each other. Fisher is a hard-hitting defender, who likes the contact at the line of scrimmage. Thornton, who played safety when he was younger, is better in coverage.

“He hits really hard,” Thornton said of Fisher. “He is really loud, too. If that band is playing, it don’t matter. You can still hear him.”

Memorial Head Coach Brian Morgan said he had to go up to Thornton early on and tell him he was too big to keep playing safety.

“It took him about a year to buy into it before he realized it,” Morgan said. “We knew that he was going to be an athletic really good linebacker. I think he is now figuring out where he has a chance to go being that big and athletic.”

Both linebackers said it is not enough for the team to be talented. A state championship requires more from a team. Fisher said his team learned a lot in the Titans’ first two games against Lancaster and Barbers Hill.

Both backers listed a state championship as the No. 1 goal, but added they would like to be named to the all-state team. Fisher, who finished last season with 11 sacks, said he is trying to get to 15 and contest Thomas, who was last year’s sack leader and defensive MVP, for the top spot.

“We argue about that all the time,” Fisher said of his conversations with Thomas. “I just let him know that I am the big dog.”