A group of activists from in and around the Port Arthur area are awaiting word from the U.S. Environmental Protection Agency after it requested an inquiry into Oxbow Calcining plant following allegations it violated the civil rights of those in and around the facility.

“We filed a complaint,” said John Beard, founder of the Port Arthur Community Action Network. “Not only an environmental complaint based on emissions, but one based on what we know is a violation of the Civil Right Title IV Act.”

Passed in 1964, Title VI says “no person in the United States shall, on the ground of race, color or national origin, be excluded from participating in, be denied the benefits of or be subjected to discrimination under any program or activity receiving Federal financial assistance,” accord 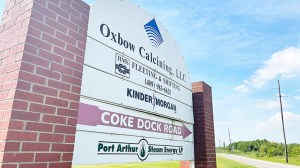 ing to the U.S. Department of Labor.

“Organizations have an obligation to protect disadvantaged communities because everyone deserves clean air,” Beard said. “(Some residents of Port Arthur) don’t have the means to hire lawyers and fight back against these companies.”

Filed on Aug. 18 through Lone Star Legal Aid in connection with Environmental Integrity Project, the complaint says “the Oxbow facility produces anode and industrial calcined petroleum coke and is one of the highest emitters of sulfur dioxide in Texas. The Oxbow facility is also a direct and indirect contributor of particulate matter pollution in West Port Arthur. West Port Arthur is a low-income minority neighborhood, which has long been subject to high levels of air pollution from nearby major industrial facilities.”

Beard calls the facility a “serial polluter” in the state.

“We are what we breathe,” he said. “Air is life. You’re directly affecting their health.”

An additional concern is the strain put on the respiratory system as COVID-19 continues to spread.

A report from Lone Star Legal Aid says between 2016 and 2019, Oxbow released approximately 22 million pounds of sulfur dioxide each year, making it one of Texas’ largest sources of air pollution. Emissions from the plant have been detected in Beaumont and Orange.

As the Community Action Network waits to hear back from the EPA, they are preparing to give Port Arthur residents resources to help report any odd smells, sights or other concerns regarding the area’s many plants.

One, he said, will be a refrigerator magnet with phone numbers to the Texas Commission on Environmental Quality, local police and fire department numbers, and others. 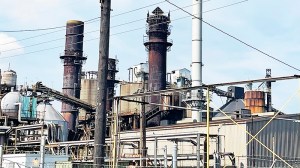