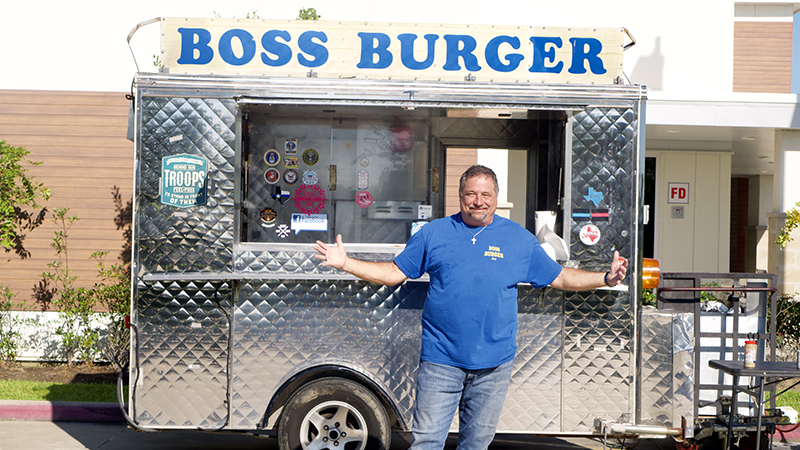 Joe Oates, co-owner of Boss Burger, has been at St. Luke’s Medical Center in Houston since early August. And progress, according to periodic updates on social media, has continued despite sporadic challenges.

According to an update from wife Mary given Monday, Joe has contracted pneumonia again and has been placed on strong antibiotics.

“That being said, he did see me and tried talking to me,” she wrote. “Due to the anesthesia, he was tired and slept the rest of the time I was there.”

Joe has been in and out of ICU for the last two weeks.

A fundraising account has been set up at Neches Federal Credit Unit under Benefit for Boss Burger Owners Joe and Mary, no. 3070890.