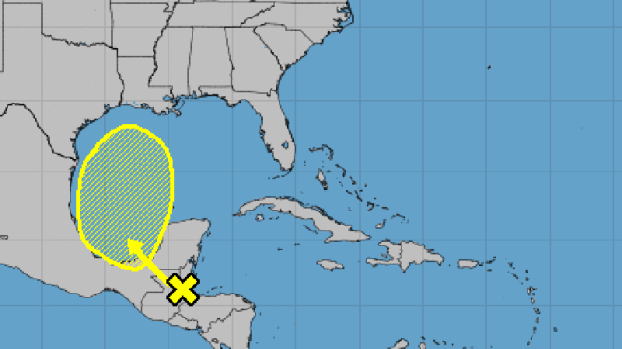 The National Weather Service put out this storm track on Friday.

A disturbance in Central America has a low 30 percent chance for tropical development when it gets in the Bay of Campeche late this weekend.

According to the National Weather Service, it will move next week northwest or north across the western Gulf of Mexico.

“It is too early to provide details on any potential impacts, but regardless of tropical cyclone development, there could be an increase in moisture and rainfall along portions of the northern Gulf Coast next week.”