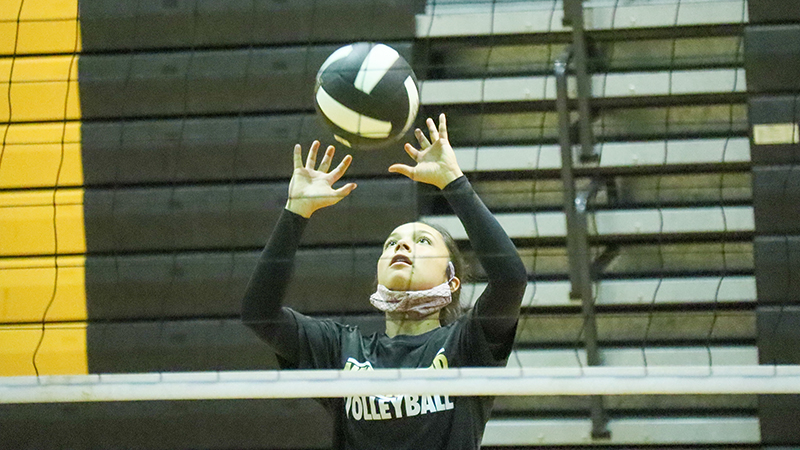 NEDERLAND — The Nederland volleyball team bounced back with a win over Kelly Catholic High School after skipping on a tournament over the weekend when two players tested positive for COVID-19.

Nederland Head Coach Allie Crommett said the team is still down two players but she believes her team is ready.

“We were a little rusty. I am not going to lie,” she said of her team’s performance against Kelly. “We didn’t really earn a lot of points. We waited for them to miss their serve or shank the ball. We didn’t pull the ball down very well. I told them come Friday, the tempo is going to be much faster because Bridge City is good. We will see.”

Crommett said having a consistent core of players allows others to step up at their own pace.

“We have been pretty solid as a whole,” she said. “We are not ever going to be the biggest team, but we are super disciplined. We are really good about communicating where the holes are on the other side so we can put the ball there. Obviously, Katie (Perez) leads the team in digs, kills and everything, which helps us. She has been pretty instrumental. Kamren Savarino is a four-year starter and Ava Wiltz is a three-year starter. We have such a consistent group.”

“It felt really good,” Meaux said of the win. “We had to all come together and still be a team and celebrate points.”

Wiltz said she felt the team was rusty, but was ready to get back in a groove.

“We have some things we need to work on,” she said. “It wasn’t the best we could’ve done, but we are getting better.”

Wiltz said the team has talked a lot about Bridge City but added she sees it as just another game.

“I am not too worried about it,” she said. “We just have to go out there and play.”

Meaux said many members of the team have played along side Bridge City players on select teams.

“I have been on teams with half of them,” she said. “It is like another Mid County Madness. It is like a little Port Neches for us.” 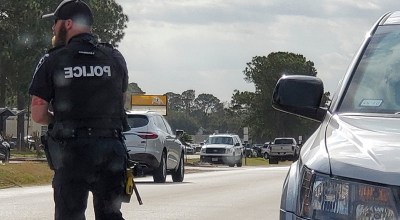 MONIQUE BATSON — COVID is back in my house…