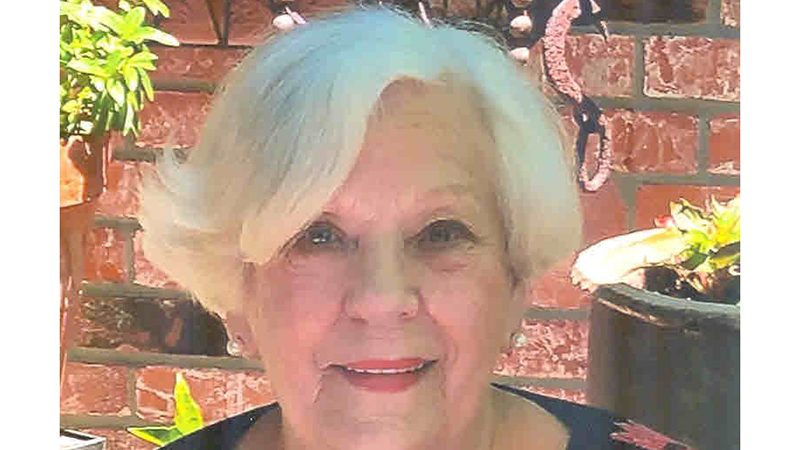 Barbara Jean Hanson Smithy, 83, of Port Arthur passed away on Thursday, August 26, 2021 at her home surrounded by her loving family.

She was born on November 22, 1937 in Port Arthur, Texas to her parents, Charles V. Hanson, Jr. and Adeline H. Albright Hanson.

She was a lifelong resident of the area.

Barbara worked as secretary for Clayton Thompson Funeral Directors with over 20 years of service, 7 years with the Groves Chamber of Commerce and 10 years with Branick-Devenzio Law Firm.

She was a member of the Noon La Sertoma Club, where she served as a Past President.

Barbara was a member of Holy Cross Lutheran Church in Nederland.

She was preceded in death by her parents; her two brothers, Charles V. “Junior” Hanson, III and Arthur “Art” Hanson; her husband, Gene Robert Smithy.

Barbara is survived by her two daughters, Gena Carter and her husband, Doug of Nederland, Leigh Ann Brittain and her husband, Mark of Port Neches; her two sons, Craig Smithy of Port Neches, Greig Smithy and his wife, Julie of Nederland; her grandchildren, Alexis Smithy, Kristin Burman, Trace Holmes, Alexandra Hebert, Laurel Brittain, Roxanne Mitchell, Tyler Washington, Chad Carter, Josh Carter along with 16 great grandchildren. She is also survived by her brother, David Hanson and his wife, Peggy of Bridge City as well as nieces and nephews.

Visitation will be on Wednesday, September 1, 2021 from 5:00 PM till 8:00 PM at Clayton Thompson Funeral Home in Groves.

Service to honor Barbara’s life will be at 10:00 AM Thursday, September 2, 2021 in the Thompson Memorial Chapel at Clayton Thompson.

In Lieu of flowers, memorial contributions can be made to the American Kidney Foundation or St. Judes Childrens Research Hospital in memory of Barbara.