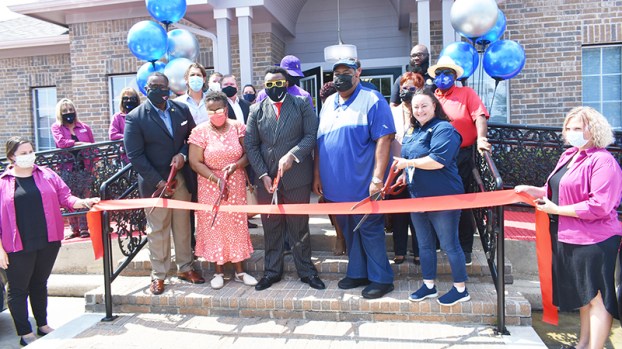 A ribbon cutting was held at Ambroise Village, formerly Southwood Crossing apartments on Wednesday. The complex had been closed due to Hurricane Harvey damage. (Mary Meaux/The News) 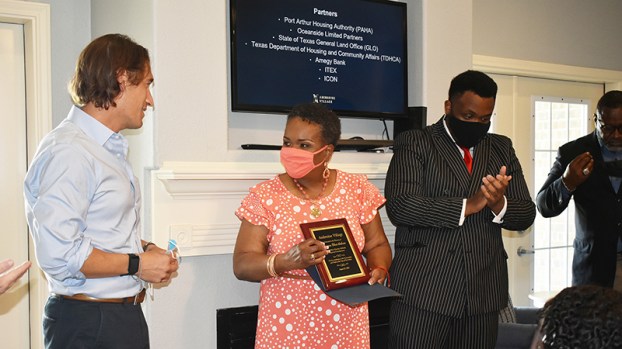 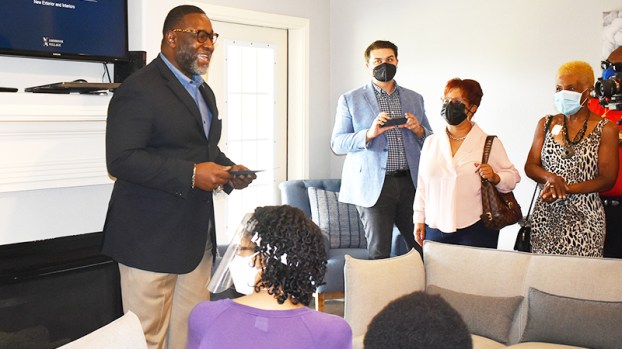 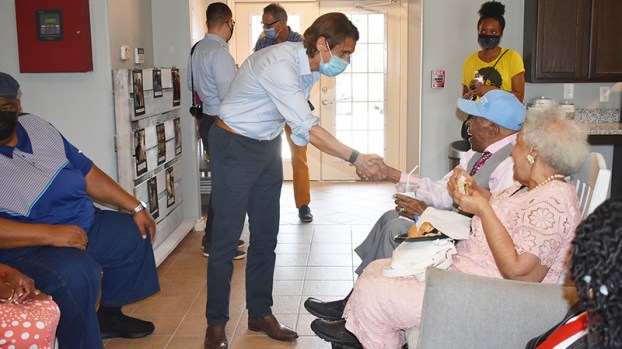 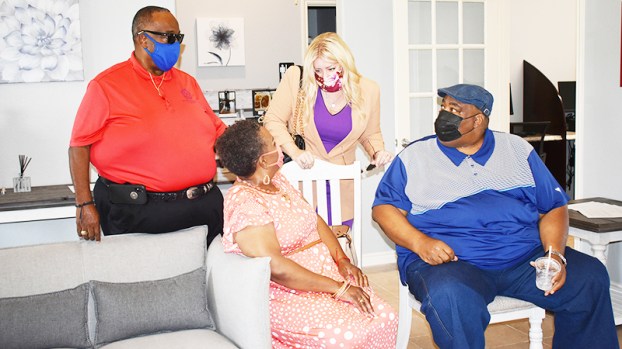 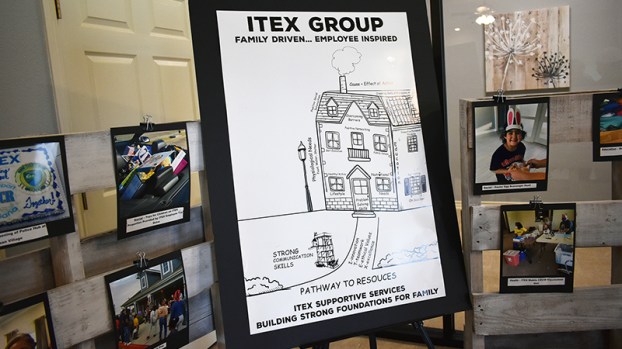 A scene inside the office. (Mary Meaux/The News) 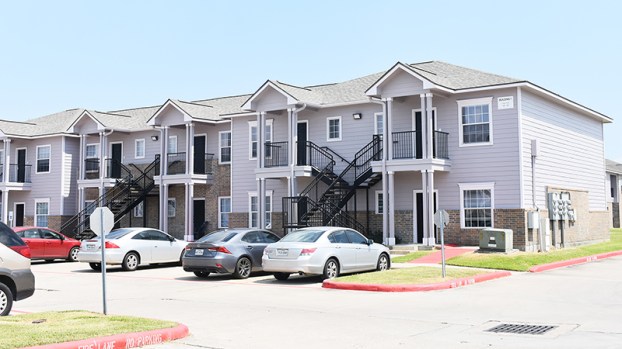 A view of the outside of the apartments. (Mary Meaux/The News)

The reopening of the Hurricane Harvey-damaged Southwood Crossing — now dubbed Ambroise Village — has been a long time coming.

The large apartment complex, which features 204 units, is a far cry from what it was following the 2017 devastating flood.

Chris Akbari, CEO of ITEX, said it was sad to see it back then, describing it as a dire situation — much worse than you think you would see in New Orleans — with people living upstairs and downstairs in units that were deteriorating.

“And unfortunately, conventional insurance doesn’t really do a whole lot here in a hurricane-affected area, and because of that we were left with a big gap being able to pay to put this property back together,” Akbari said. “I’m very appreciative of all those who were patient with us, including the Housing Authority and the city officials. Thank goodness for our federal government working with the Texas General Land Office to provide assistance to our area.”

He went on to say it made a huge difference to bring housing back for low-income families.

Brittany Eck, director of communications and community development and revitalization for the Texas General Land Office, said this is a day many have been waiting for.

“I know there are a lot of people that call this apartment complex home that have been missing it,” Eck said. “When we first came out to Beaumont and Port Arthur to see the damage after the storm, this one really stood out because there was quite an extensive amount of damage. It is a rather large apartment complex.

“We knew we were going to need to look at financing and need to see what the gap might be in helping get this apartment complex back on line.”

In the minutes before a ribbon cutting occurred Wednesday afternoon, guests stopped to speak with Debra Ambroise, whose husband Clonie Ambroise Jr. died Jan. 7. Her husband was a 15-year member of the Port Arthur Housing Authority board.

“This (apartment complex) was his baby. He worked so diligently to get it back up and running. I know he’s here in spirit and I know he couldn’t be more proud,” Debra Ambroise said.

Other members of Clonie’s family were in attendance; his son Clonie Ambroise III, mother Tommiesazine Louviere and stepfather Norris Louviere, to name a few.

Clonie Ambroise Jr. was honored by the city with a proclamation delivered by Mayor Pro-Tem Rev. Donald Frank.

Then Akbari presented Debra Ambroise with a plaque honoring her late husband.

The Texas GLO disaster recovery team was on hand at the Port Arthur complex to celebrate the project’s completion.

More than 91 percent of the Port Arthur units are guaranteed for low- to moderate-income residents.

Paula Watts, senior vice president of operations for ITEX, explained what this means for the community.

“The residents that were here when Harvey hit finally get to come home,” Watts said.

And for the new residents, they will have a nice place to live that’s affordable, she added.

Persons interested in an apartment can visit the office at 3901 Texas 73 from 9 a.m. to 5 p.m. Monday through Friday and complete an application. Watts said they do not have a long waiting list and are ready to house residents.