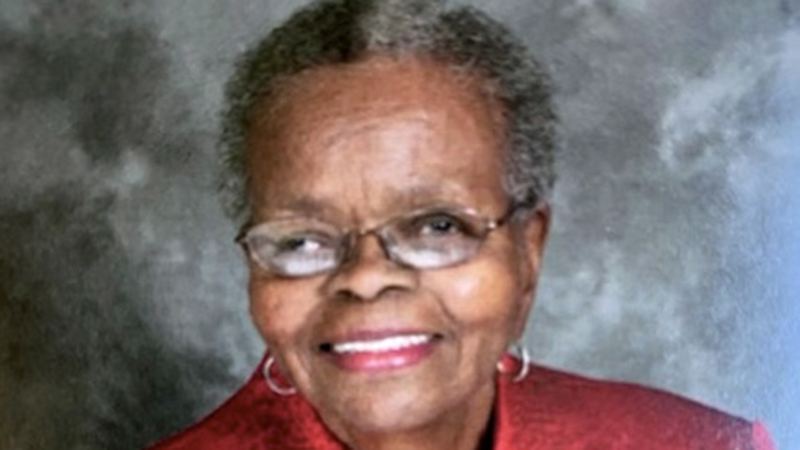 Gladie was born on April 13, 1932 to Elizabeth Brown and Lemar Richard in Bellevue, Louisiana.

Gladie served as a Eucharistic Minister, member of the Altar Society and headed the Bereavement Committee at St. Mary’s Church.

She also worked at St. Mary’s School cafeteria until its closing.

She served as Grand Lady, Vice Grand Lady, Junior Daughter Counselor, and chairman of the Fundraising committee along with many other hats. Gladie served wherever she was needed.

Gladie lived up to the full potential of her name which means “happy” and “happiest life”. Gladie was truly the epitome of her name as she was happiest while serving others.

The aroma of gumbo, chicken rice, cornbread dressing, pies, and cinnamon rolls filled St Mary’s Church hall and the halls of Savannah Housing as she went door to door to make sure everyone had something to eat and no one was in need. The impact she had on others is everlasting and will forever remain in our hearts.

One fond memory her grandchildren hold, is how she secretly told each of them that they were her favorite.

Her final hours were spent surrounded by family reflecting on the legacy of her life, love and care. Her smile and kind heart will forever be cherished and truly missed.

A special thanks to Cedar Pointe employees, Francois, Shelia, Tanya, Nedege, Kelly, and Gigi, and all staff who played a role in the life of our queen before she left this earth for her heavenly home.

The viewing and time for reflections from family and friends and celebratory songs, will occur at the church starting at 9:00 AM with reciting of the Rosary at 10:30 AM followed by the service at 11:00 AM.