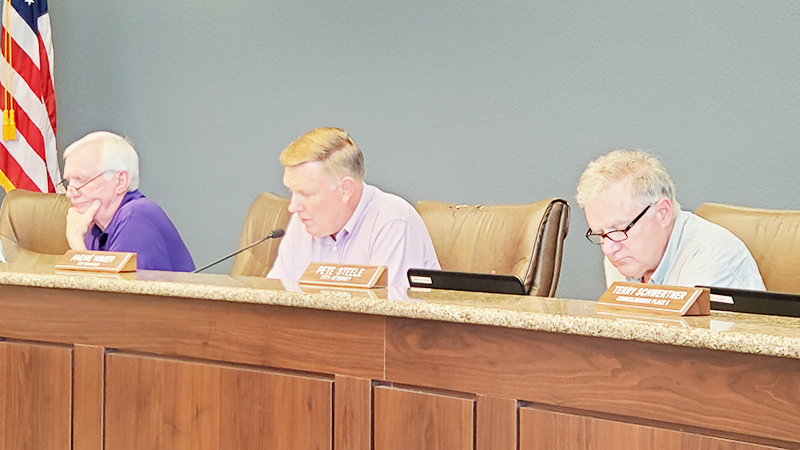 The confusion comes from the fact home values across the county increased for the most part and in order for the city to bring in close to the same amount of revenue without asking voter approval, they opted for a lower rate.

The increase in taxes for the home is $53.49 or 5.23 percent, according to information from the city.

Mayor Glenn Johnson is one of the residents whose home valuation increased, meaning his tax bill will increase as well.

“And that’s what people don’t understand, this city council, we pay taxes too,” Johnson said when asked what he would like to say to residents to help explain the rate. “Let’s just say we had voted to raise the tax, I’m raising the taxes on my house too so it’s not something that council takes lightly. It’s a lot easier to lower the tax rate.”

A public hearing to discuss the rate was held but no one in attendance posed questions. Neither were there questions from councilmembers who had been discussing the city’s proposed budget at the past several meetings.

The vote was unanimous with the exception of John Davenport, who was absent from the meeting on Thursday.

Port Neches is the only Mid County city that offers a homestead exemption. So a home valued at $150,000 in Nederland and Groves would still be at $150,000 where in Port Neches, the 20 percent exemption would drop the value to $120,000.

Council had a number of budget and tax rate related agenda items to tackle including a state statute requiring council to hold a separate vote to ratify the property tax revenue increase reflected in the 2021-2022 budget.

City Manager Andre Wimer said the revenue increase is $397.944.  The vote was approved.

Sanitation rates are set to change as well with a $1 increase to the current rate for residents and apartments/mobile home parks with less than eight units, from $18.50 to $19.50.