“He was my whole world” — Port Arthur teen who died in wreck had beaten cancer, was starting college 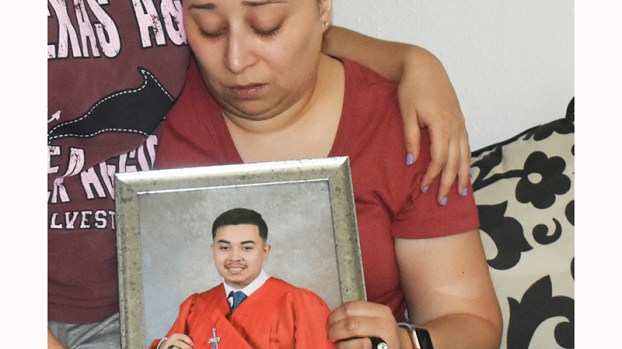 Sonia Barragan looks at a photo of her son, Adrian Castellanos, who was killed in a single vehicle crash on Friday. (Mary Meaux/The News) 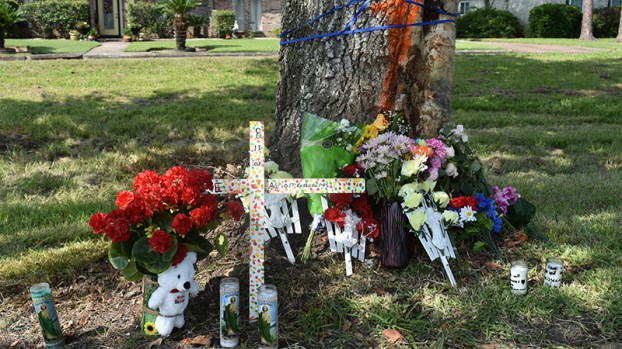 Flowers and mementoes are left at the site of the crash in the 3700 block of Memorial Boulevard. (Mary Meaux/The News) 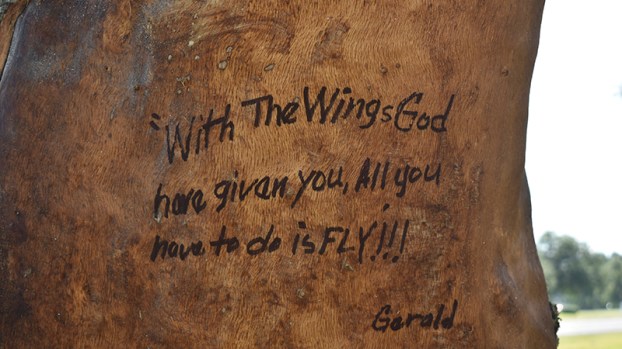 Words written in the tree in memory of Adrian Castellanos. (Mary Meaux/The News) 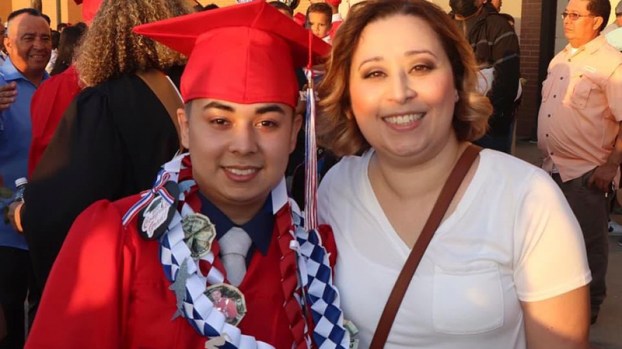 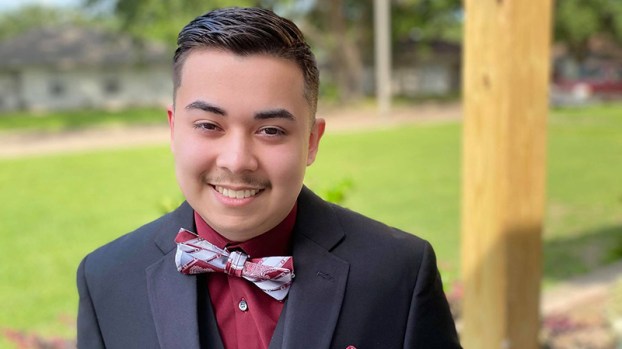 But it was a car crash that ended his life a week shy of his 18th birthday.

Castellanos was on his way home from work at Seoul Food restaurant Friday night when his vehicle left the roadway and struck a tree in the 3700 block of Memorial Boulevard. The cause of the crash is under investigation.

It was the first time he had driven his car to and from work.

Barragan showed numerous photos of her son, many depicting the two of them together smiling and happy.

“Adrian was one of those kids that stood out,” Acosta said. “He was friendly.”

In late June, Acosta and his wife stopped at Seoul Food restaurant, where Castellanos greeted them.

“He was so knowledgeable and so confident in his speech, I was impressed,” Acosta said.

Castellanos even ran for prom king, campaigning to the student body his senior year. And while he didn’t earn the title, it showed a different side of the student.

“We all had a cry,” he said, adding the staff shared stories of him and offered prayer together.

Acosta and representatives of Bob Hope school visited Barragan at her home offering condolences, while also sharing some of the stories of her son with her.

The start of a bright future

Castellanos was a student at Lamar State College Port Arthur and was set to take his finals next week for the summer semester. He was supposed to begin the fall semester later this month.

But this was just the beginning of his post-high school education. His mom said he had been accepted to a number of colleges: Texas Tech, West Texas A&M and the University of North Texas to name a few.

“He was accepted to so many but they were all so far away so I told him, ‘Wherever you want to go I’m going to support you.’ I just wanted him to follow his dreams.”

Barragan laughed as she added, “and he didn’t chose a single one of those.”

A few weeks before graduation she and her son visited Texas A&M in Galveston, a choice they hadn’t thought of before. So they went for the weekend, visited the campus and both loved it.

Her voice became soft, almost a whisper, as she said he was going to be certified to scuba dive and study dolphins and whales.

Instead he registered for and took online courses at LSCPA.

She has since logged into his computer and saw he was maintaining high grades.

Castellanos and his cousin Abygail Anaya were close and often played video games together. She called him a very caring and understanding person who could be very outgoing.

Barragan remembered how much Castellanos loved his video games.

“At night I’d be in bed and I’d have to close my door because I’d hear him online playing with his friends yelling and laughing,” she said. “I’d get so mad because I was so tired but now what I wouldn’t do to hear that again. That was his thing, video games with his friends and going to the movies.”

Barragan said her son didn’t work while in high school and had only been employed since April when the restaurant opened.

During school she wanted him to focus on his education, she said. Later she decided she wanted him to grow because, through working, he would have a customer service background and be more experienced in professional communication.

He applied and was hired on the spot, she said.

“He loved that job,” she said with a smile.

She remembered picking him up as he got his last paycheck and seeing his excitement.

Tony Nguyen, owner of Seoul Food restaurant, notified customers via Facebook of the loss of their employee:

“Good afternoon friends and family. Please pray for our SEOUL FOOD family. Last night one of our team members was driving home from work and got into a fatal accident. Please keep his family and friends in your prayers. I’m still in shock as I woke up this morning to the news.”

Castellanos was fairly new at driving. Knowing that was the first time he’d driven to work, his mom knew his shift ended at 10:30 p.m. Barragan has an app on her phone called Life 360, which has a GPS feature. The notation on her phone wasn’t moving at that time so she knew he was still at work. And she didn’t want to text him while he was driving.

“He knew very well not to use his phone (while driving) and he had his phone in his pocket so I knew he wasn’t using it,” she said.

So she texted asking him to let her know when he left work, but he didn’t answer. She asked him to drive home safely and watch before merging or changing lanes, she said as she scrolled through her phone reading.

“And I never got a text back so that’s when I opened this Life 360 so I would be able to see where he’s at,” she said as her voice dropped to a whisper while sobbing. She paused before she finished speaking…“And now he’s at the morgue.”

Thursday is the first day of classes for the students at Bob Hope High School. Acosta said there will be counselors available for students when they learn of Castellanos’ death.

A vigil is planned for 6:30 p.m. Thursday at the school soccer fields. Barragan will be there, he said, and her son’s friends will be there to tell stories about him to honor his memory.

In addition, a bench will be added to the picnic area where students eat lunch that will have Castellanos’ name as well as the names of other students who have passed away, Acosta said.

The grieving mother said she wants the community to know how much it means to her to hear all of the wonderful stories of her son.

“The wonderful stories of my boy and of all the love and prayers,” she said. “It will never take away the pain but I will always be grateful. He was my whole world. My only one.”