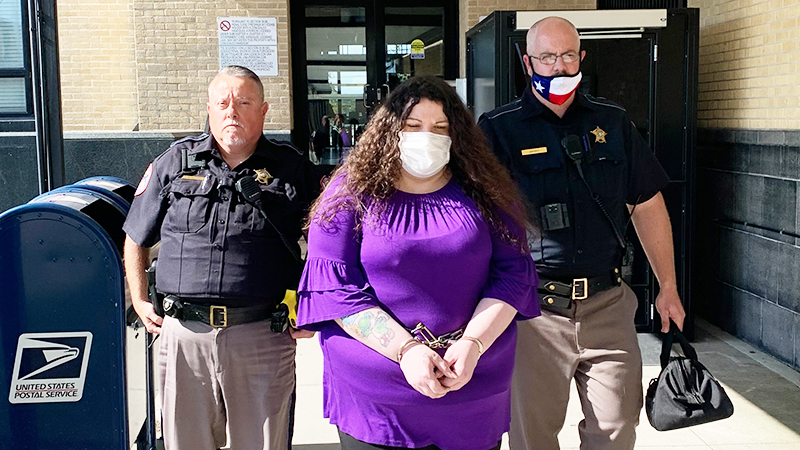 Raychyl Danielle Philmon was sentenced to life on Wednesday for capital murder in connection to the death of her 18-month-old son. (Photo courtesy of the Orange County Sheriff's Office)

An Orange County woman was found guilty and sentenced this week for her role in the death of her 18-month-old son.

Philmon was arrested in March of 2019 after an investigation by the Orange County Sheriff’s Office Criminal Investigations Division into the death of her son, Raydyn Jones.

Philmon was sentenced to life without the possibility of parole after an Orange County Jury deliberated for approximately 40 minutes.

Philmon brought her son to the closed Orange Baptist Hospital at 608 Strickland Drive in Orange in reference to a medical emergency in March 2019. She told officers she was unaware the hospital emergency room was closed.

Nurses from a clinic in operation at the campus immediately began medical care to sustain the child until first responders arrived. The child later died.

The case was turned over the Orange County Sheriff’s Office as the incident causing the distress happened outside of Orange city limits.

An autopsy report declared the child was killed by manual suffocation in the setting of child abuse. Philmon stated, at the time, she found him unresponsive and brought him to the hospital unaware that it had stopped emergency services over two years prior.

A 12News report said prosecutors indicated Philmon endangered her son by allowing him access to methamphetamine.

— Submitted by Dawn Burleigh of the Orange Leader.