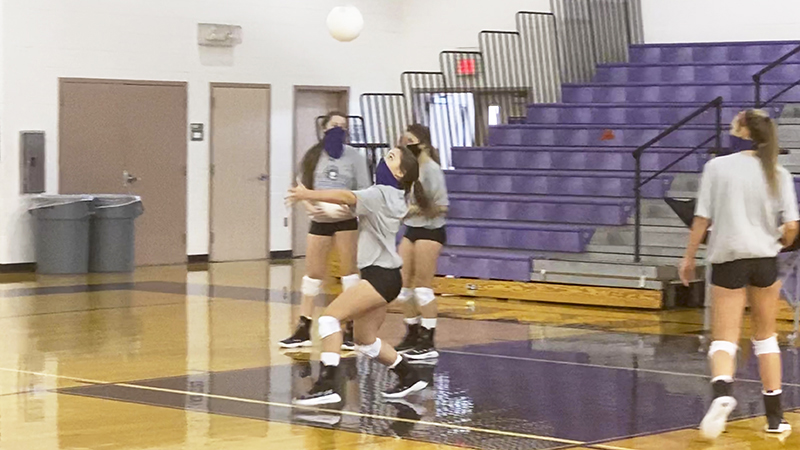 Port Neches-Groves volleyball elected to cancel the Tuesday scrimmage after four players tested positive for COVID-19. On Tuesday, the district decided to cancel the teams’ games for the next two weeks, which includes the Pasadena Tournament, and matches against Lamar and Galveston Ball.

PNGISD Superintendent Mike Gonzalez said the players got tested after not feeling well.

Gonzalez said the players were tested for the virus after feeling ill.

“There is no point in trying to do anything to put anyone else in a position where they could be subjected to COVID,” he said.

“We are just trying to be really careful right now, especially since they are just scrimmages.”

The University Interscholastic League allowed schools to return to full capacity for attendance at games this year and coaches, players and fans are not required to wear masks, per Texas Governor Greg Abbott’s order.

Gonzalez said the district is taking the same precautions as it did last year.

“We are going to be fogging the schools every day and sometimes twice and three times a day,” he said. “We are not going to do anything different from last year, and last year was a big year, where people weren’t even vaccinated, yet.”

The program’s next time to step on the court will be the Dickinson Tournament Aug. 19-21.

Nederland has a full slate of games this week. The Bulldogs play two games and will participate in the Huffman Tournament from Thursday to Saturday. The team hosted intra-squad scrimmages last week.

Nederland Head Coach Allie Crommett said her team looks as good as ever headed into the season.

“For us, just because we are playing Huffman and Kingwood Park, we want to see where we stand with some of the high-caliber programs,” she said. “It has been a long time (since we have played against another team)… There is a lot of anticipation. Knowing the potential that they have, and if everybody steps up, we have the potential to be very good.”

Nederland senior Katie Perez said play against someone who is not wearing a black and gold.

Memorial scrimmaged Silsbee last week and plays Orangefield Tuesday. The Titans will then be off the court until they play in the Silsbee Tournament Aug. 19-21.

Sabine Pass plays Chester this week before heading to play in the Galveston O’Connell Tournament Thursday through Friday.