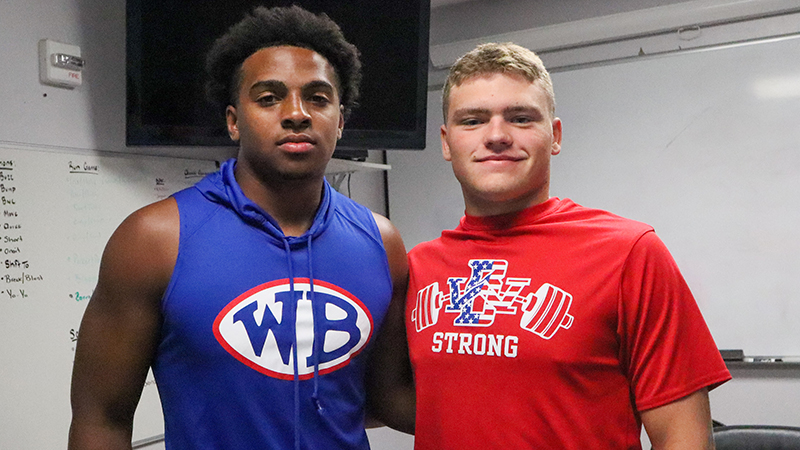 West Brooks’ Bryce Anderson, left, and Garrett Richard were freshmen when the Bruins went to state in 2018. Chris Moore/The News

BEAUMONT — Bryce Anderson, one of the nation’s most sought after defensive backs, announced Friday where he will play college football.

Anderson had previously narrowed his selection to the University of Texas and Texas A&M.

In a social media video post, Anderson announced that he will play for the Aggies after his senior season.

Anderson plays quarterback and safety for the West Brook Bruins in Beaumont.