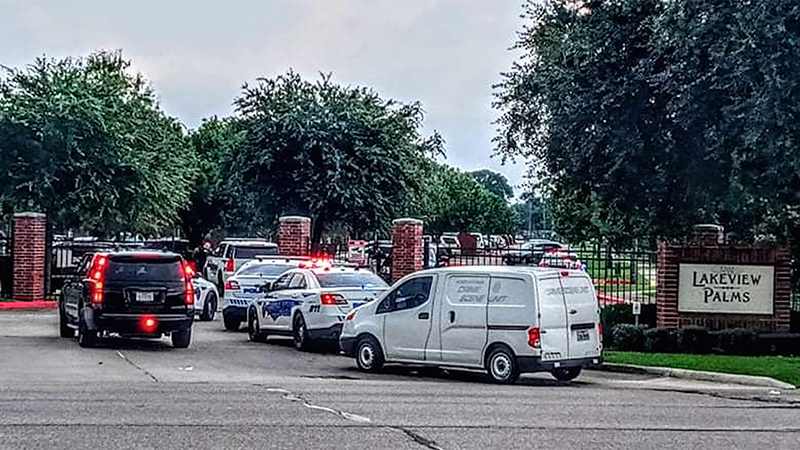 A reader submitted this photo showing a heavy police presence at Lakeview Palms after shots were fired during a disturbance Wednesday. Courtesy photo

A Port Arthur woman was arrested for firing shots during what police believe was a disturbance between her and a man on Wednesday.

Det. Sadie Guedry said no one was injured during the firing of shots and when officers arrived, the male declined to pursue charges against the female.

Guedry did not specify how many shots were reportedly fired.

Due to the incident likely being related to domestic violence, officers arrested a 32-year-old woman at the scene on a charge of deadly conduct-discharge firearm.

Guedry did not release the name of the woman but Jefferson County Correctional Facility inmate roster lists Janei Jasmine Young, 32, as being arrested for deadly conduct discharge firearm by PAPD on Wednesday.

Bond is set at $5,000 and Young also has two Port Arthur tickets, in which she can pay a fine or pay the tickets, a jail employee said.