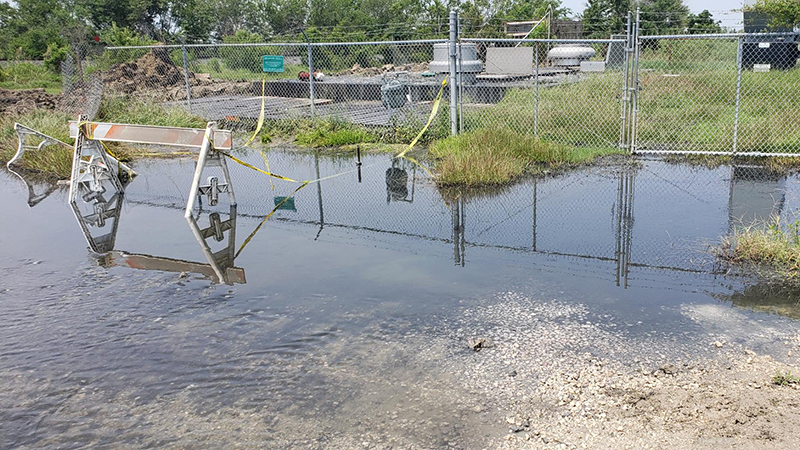 Port Arthur city crews and crews with Jefferson County Drainage District No. 7 are working together to contain more than 100,000 gallons of discharged wastewater.

The wastewater, meaning the stuff that gets flushed down the toilet as well as water from sinks and baths, has impacted the 46th Street lift station behind 4401 Texas 73/5 Point Credit Union, according to information submitted to the Texas Commission on Environmental Quality.

“TCEQ was notified immediately and when the threshold reached a certain number of galloons, the public notification went out.” 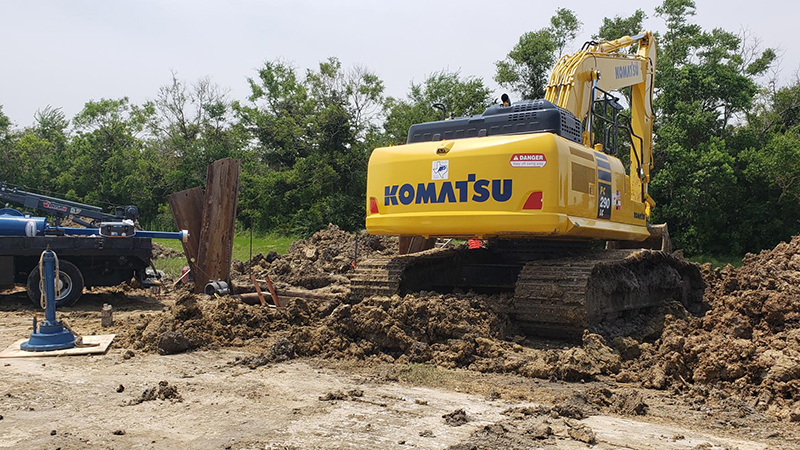 The area, according to the TCEQ document, is an open field near the lift station and drainage canal operated by DD7.

The overflow, he said, is going into an unpopulated area and is being treated with chlorine.

The area, according to the TCEQ document, is an open field near the lift station and drainage canal operated by DD7.

On Tuesday, members of the DD7 board learned of the wastewater discharge from DD7 general manager Phil Kelley.

A DD7 representative said they estimate they are holding about a million galloons in their system as of Tuesday.

Kelley, during this week’s meeting, said they have established some dams to hold some of the spill though some has reached an area they are working to pump out.

Stanton said that within about 24 hours of learning of the issue they had contractors out.

“They are working on repairs so the overflow can stop as soon as possible,” Stanton said. “We are setting up and apparatus so we can pump into our standard sewer collection system and get it where it needs t go to be treated.”

Stanton said it is difficult to estimate the amount of wastewater that has been discharged.

There is no immediate timeline as to when the line will be repaired but officials hope to have it fixed by the weekend.

Stanton wanted to stress the fact the discharge is in no way impacting the drinking water supply.