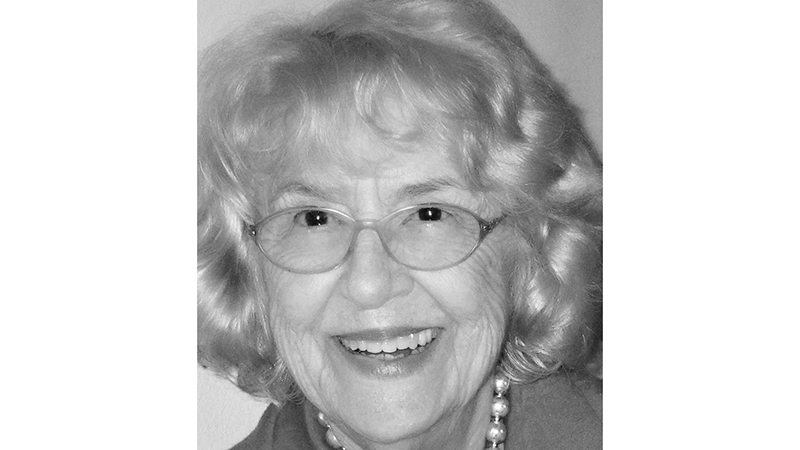 Her family moved to Port Arthur when she was 7.

She enjoyed playing sports, and baseball was her favorite.

In the early forties, she met Sidney Haywood “Buddy” Williams, Jr. at a pre-arranged meeting at the Corner Drug Store in downtown Port Arthur.

They dated for a year and were married April 11, 1942 in Houston. Following their honeymoon in the Hill Country, they resided briefly in Galveston, before moving home to Port Arthur.

She eventually joined The United Methodist Temple and performed volunteer work in the office. She worked as a secretary for the City of Port Arthur Water Department from 1963 until retiring in 1982.

She was a wonderful cook and was especially known for her biscuits, gumbo, cornbread dressing and sausage snacks.

She rarely missed watching Dallas Cowboys football games on Sunday afternoons and supported the Thomas Jefferson Yellow Jackets, both home and away.

She was a lifelong, voracious reader of mysteries, romance novels, biographies and The Living Bible.

She remained feisty, opinionated and vivacious throughout her life.

Visitation will be held at St. Mark’s Episcopal Church in downtown Beaumont on Saturday, August 7 at 1PM, and a service will begin at 2PM with Rev. Clint Brown officiating.

A private graveside service will follow at Greenlawn Memorial Park under the direction of Levingston Funeral Home.

The family gives great thanks to Viney Johnson and the many caregivers and nurses, especially the staff at Pelican Bay, who so graciously assisted Lillian, also known as Mom, Mother, and most affectionately, Mamie.

Memorial contributions may be made to The United Methodist Temple or the charity of your choice.