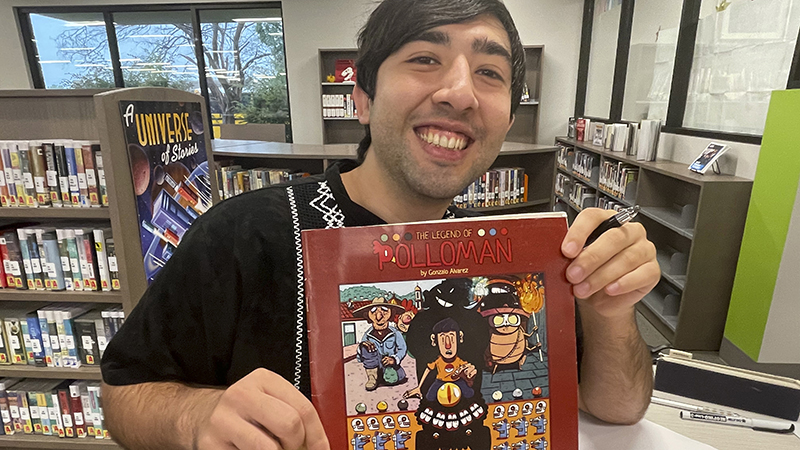 Port Arthur native Gonzalo Alvarez took a deep dive into his culture to learn more about his past. But the end result has him on bookshelves everywhere, and could possibly put him on television, too.

Alvarez, 27, was one of several authors at the Port Arthur Public Library Friday, visiting with families as they celebrated the end of the annual Summer Reading Program. Groups of children gathered around the 2012 Sabine Pass graduate as he explained how he turned a shy child into a hero while also showing him the way he turns his sketches into graphic art.

The children eagerly flipped through his colorful book, “The Legend of Polloman,” which he began writing in 2018. 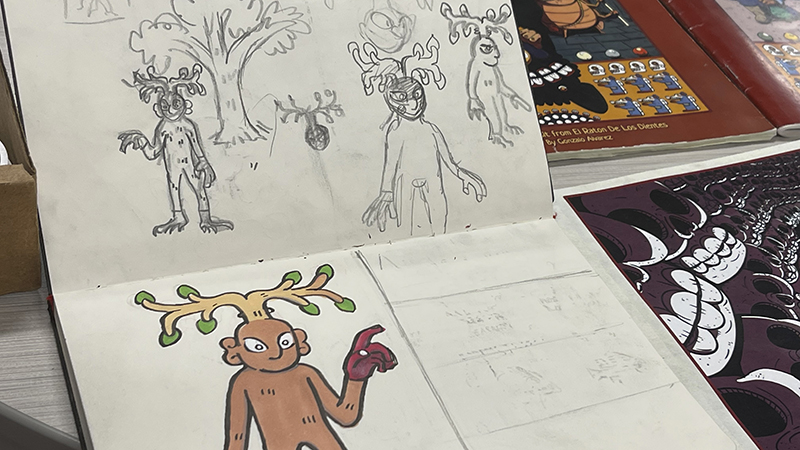 “It’s about this young Mexican boy who is kind of timid and insecure,” Alvarez explained. “But after he gets kidnapped into the Aztec underworld, he learns that all of these Mexican spirits are needed to help save the world. And in doing that he gains his confidence and becomes the Sun Warrior. So this boy is basically going to learn all about the spirits of his ancestors to defeat these Mexican boogeymen.”

The current book is actually just the first chapter in what will be a complete graphic novel. Nearly complete, and much of it written and drawn at the Port Arthur Library, the finished product has already been commissioned by HarperCollins for publication in 2022.

But that might not be the end for the Sun Warrior.

“I don’t want to talk too soon, but there have been talks with animation studios that are interested in animating this and putting it on various animating streaming services. So it could be Disney Plus, could be Netflix, who knows,” the author, illustrator and game designer said.

It’s a move he feels could be very enlightening for kids who are growing up as he did — a Mexican American with no real knowledge of his ancestry.

“We love Anime and Japanese cartoons,” Alvarez said, “and I was like, ‘I want to do that for my culture.’”

Either way, the Sun Warrior will definitely be back into battle next year.

“It’s this big fun adventure and he has all of these friends in the underworld that help him basically become a confident boy,” Alvarez said. 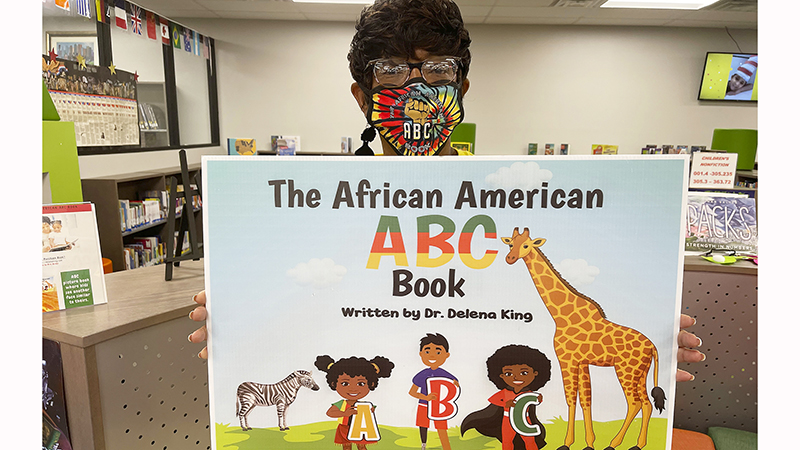 Delena King was searching for a certain type of book when she decided to create her own.

“I came to the Port Arthur library and I was searching for something about Kwanzaa, and I wanted to find it in an alphabet for the children,” King, a Beaumont resident, said. “But I couldn’t find anything in an alphabet, and if I did it was from the 70s.”

And from there, she decided to recreate her history and heritage in a book of her own.

The book, illustrated by Sophisticated Press, is pieced together as an ABC picture book scheduled for release in August with a coloring book to follow soon after. 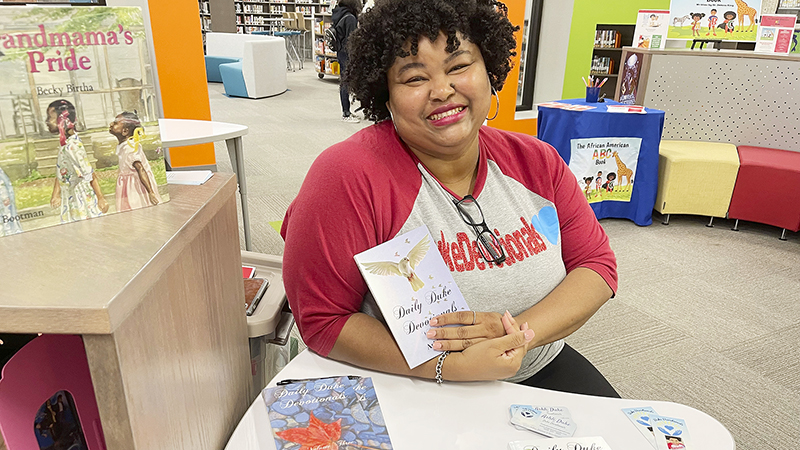 It was her own need for encouragement that inspired Ashli Duke to create quarterly devotional workbooks that offer the reader new material on each day.

“The books all start off with a scripture, a word of encouragement, and it ends with a scripture and a place for you to journal,” Duke said, as she explained the reason she created the books. “I was in a really low point in my life and I spent a lot of time with God. And it came to a point where what was inside needed to come out. I just wanted to share encouragement with others.”

The last of the series will be released in October.

The 2001 Central High School graduate teaches 5th grade at Homer Elementary, so she doesn’t know if her schedule will allow for more books in the future.