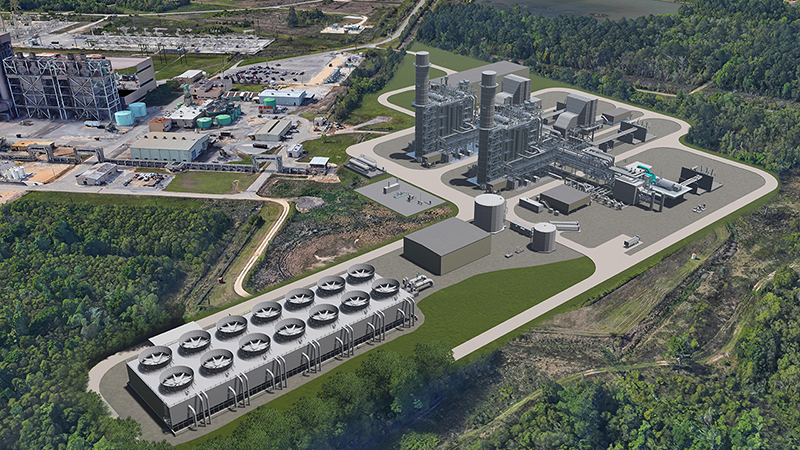 The plant will be located near Bridge City and will be capable of powering more than 230,000 homes and use a combination of natural gas and hydrogen.

“The addition of this facility will continue our work to provide reliable, low-cost and clean energy in Southeast Texas and will provide more than $1.5 billion in net benefits to customers by reducing reliance on energy markets,” Rainer said.

Within the coming months, Entergy Texas intends to file a request for approval to construct the Orange County Advanced Power Station with the Public Utility Commission of Texas.

If the Public Utility Commission approves Entergy Texas’s application, construction will begin in the second quarter of 2023. Entergy Texas expects the plant to be in service by summer 2026.

An outside economic impact analysis by TXP, Inc. found the construction and operation of the Orange County Advanced Power Station will play a major role in creating jobs and driving increased economic activity.

Estimates indicate construction will provide more than 7,000 direct jobs in Texas and nearly $1.8 billion in economic activity for the regional economy.

Once operational, the plant will provide approximately 27 permanent direct jobs in Texas.

In addition to meeting current customer needs across Southeast Texas, the Orange County Advanced Power Station will be built with a focus on long-term sustainability in an economy where many stakeholders and customers are focused increasingly on decarbonization.

The plant’s ability to be powered by hydrogen, which emits no carbon dioxide, supports its long-term viability for customers and the Southeast Texas community. According to Entergy, Hydrogen is widely used today in industrial processes, including by a number of Entergy Texas’s large industrial customers.

The fuel can be stored nearby in facilities such as in Entergy Texas’s Spindletop storage facility and can be deployed alongside natural gas to produce lower emissions energy reliably when needed, including working in hours when intermittent renewable resources do not generate power.

“Southeast Texas is well-positioned to play a key role in the transition to increased use of hydrogen in electric generation,” Rainer said. “Our region is home to hydrogen producers, pipelines, storage and industrial users. We look forward to working with industry partners on the role the Orange County Advanced Power Station will play in providing reliable power while also meeting the sustainability needs of our customers and communities, and also to establish Southeast Texas as a global hub for hydrogen production and consumption.”