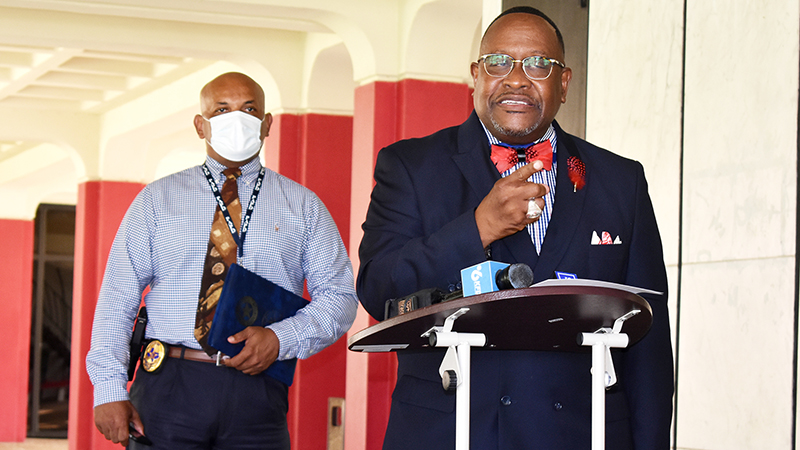 It was on the same day the Centers for Disease Control and Prevention reversed its previous statement by now recommending vaccinated people wear masks indoors and in public.

Local leaders cannot force this; however, following Gov. Greg Abbott’s executive order in May that prevents public schools and government entities from imposing mask mandates. Any that does is subject to a fine up to $1,000.

“We have a governor who has told you (that) you don’t have to wear a mask, and you don’t even have to be vaccinated,” said Port Arthur Mayor Thurman Bartie, who contracted COVID late last year before getting vaccinated in the spring. “That’s the governor’s choice. I’ve been vaccinated. And I have masks. Several masks. A car filled with masks. Pockets filled with masks. Because this variant that’s now upon us, I can contract it again.” 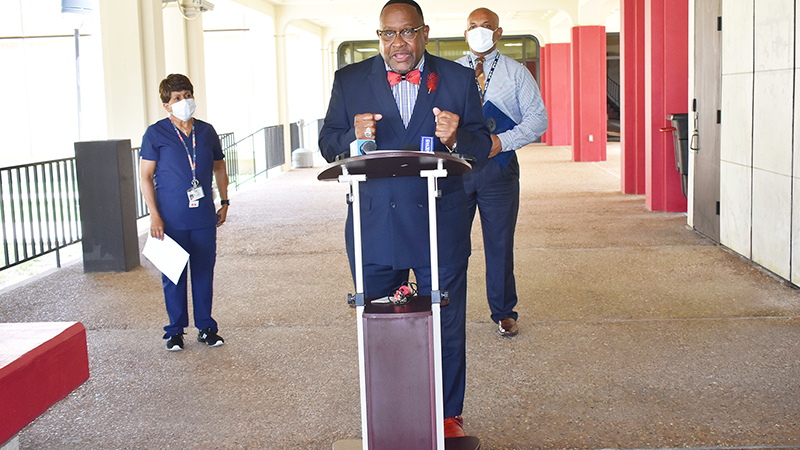 Whether the case is a form of COVID variant or not, vaccinated people can still contract the virus. This was the case for one Jefferson County employee in the Jefferson County Tax Office located in Nederland. The office was forced to close early this week when three people contracted the virus — one vaccinated, two not.

“I got tested this morning with three other people that had gone to Mid County last week and we all tested negative,” said Tax Assessor-Collector Allison Getz. “We had someone retire last week and that’s why we were there.”

According to information provided by Jefferson County Judge Jeff Branick, approximately 40 percent of county residents 12 and older have been fully vaccinated. 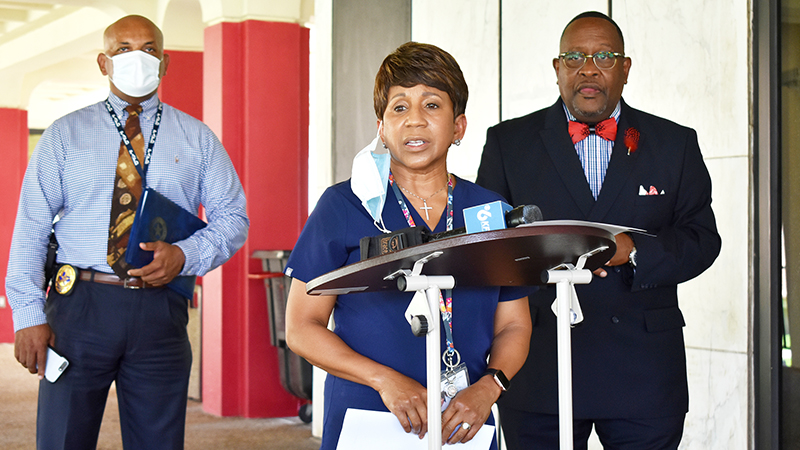 “What I’ve also found out is 98 percent of the deaths that are occurring right now because of this Delta variant are unvaccinated people,” said Bartie. “Being unvaccinated, you are playing a game of Russian roulette with your life. And 98 percent of the time, the bullet is going to be in the chamber when you pull it.”

Port Arthur Health Director Judith Smith said with the new school year approaching, there has been an uptick in school-age children receiving the vaccine. The Port Arthur Health Department, which will serve anyone in Jefferson County, has doses of the Pfizer vaccine on hand, which is approved for those 12-17 years of age. They also have Moderna and the one-dose Johnson and Johnson from which adults can choose.

Monday’s diagnosis of 78 new cases included 34 in Mid and South County alone. Of those, six were in Port Arthur, nine in Groves, 12 in Nederland and seven in Port Neches.

While a majority of the reported cases have been diagnosed in people between 20 and 50 years old, nine were detected in those older than 50. One case involves a child 4 or under.

On Tuesday, the city of Beaumont announced 100 new cases in the one city alone, while Mid and South counties reported 30.

Get answers to your questions

On Thursday, Port Arthur Health Department officials will host a town hall meeting to answer questions regarding the virus and vaccinations. The event, which will begin at 6 p.m., will take place at the Texas Artist’s Museum, 3501 Cultural Center Drive.

Smith said nurses would be on hand to administer the vaccine following the town hall for anyone wishing to receive one.