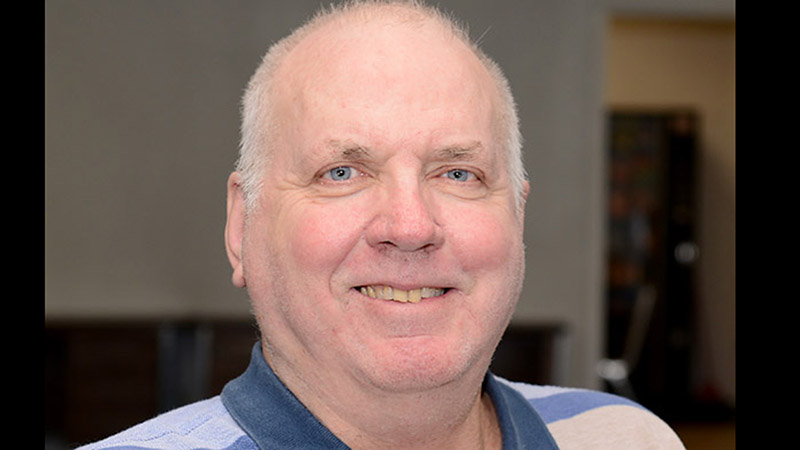 Larry Bodin was the ideal sports writer. He loved sports and thoroughly enjoyed having it as part of his life.

For nearly four decades, he was a freelance sportswriter for The Port Arthur News, covering high school teams, their athletes and Lamar basketball.

The Port Arthur native died at his home at the age of 73 this week leaving several sports writers with many fond memories.

Bodin worked for The Port Arthur News as a sports writer before working at Gulf Oil/Chevron/Clark/Premcor’s Port Arthur refinery in accounting and human resources. During that time, he still did freelance work for The News.

“Larry was a sports nut and wanted to be involved in sports,” said Bob West, retired sports editor for The News. “He became such an asset. It is important to have a stringer that can write and understand the game and the area. Larry became a full-time stringer. I could send him to cover anything and know he would take good care of it.”

West said Bodin’s commitment to his sports teams was unmatched. There were even times where his love of sports writing came at his own expense, literally.

“There would be situations where we didn’t have the budget to send him places,” West said. “Lamar played Duke in the 2000 NCAA tournament in the first round. It was in Winston-Salem, North Carolina. Larry came to me and said he wanted to go to North Carolina to cover the game. He was a huge Lamar basketball fan. I told him we couldn’t do that and that we could only pay him for his time actually covering the game. He said ‘That’s alright. I’ll pay my own way. I just want to go.’ He went and covered the game for us. He was so enthusiastic and loyal.”

Larry graduated from Lamar Tech in Beaumont in 1970 with a Bachelor’s Degree in Business Administration. He also went to St. Edward’s University in Austin from 1966-1967, where he was a member of the university’s basketball team. He was also a proud 1966 graduate of Bishop Byrne High School in Port Arthur.

Bodin was so good at covering sports that he once did it from several states away for an extended period of time. Bodin and his family moved to Tennessee for a few years. West was still in need of a stringer, and Bodin’s love for sports writing led to a unique arrangement where he was listening to live broadcasts and sending in stories.

“Yeah, he did some stuff for us that way and you wouldn’t have known that he wasn’t at the game,” West said. “He was such a fan that he became a season ticket holder of the University of Tennessee while he was there. He was so enthused about the program. That was the way Larry was. When he was around something, he went all in on it.”

West said he is disappointed Bodin did not get to finish a book he was writing.

“He had done four chapters,” West said. “I was editing it. I am so sorry that he is not going to finish it. When he first told me he was writing a book, I was a bit skeptical. When he sent me the chapters, it was really interesting sports stuff.”

Tom Halliburton, another longtime local sports writer, was a friend with Bodin for 40 years.

“Practically everyone in the area sports community knew him,” Halliburton said. “He touched a lot of people by being a lifetime local guy. He went to Bishop Byrne High School and went to Lamar. He remained extremely loyal to Lamar through all of their ups and downs.”

Halliburton said Bodin was a huge Rockets and Astros fan and watched the teams religiously.

“He was especially loyal to the Astros,” he said. “He had watched them a few hours before he died. At least they won the last game he watched 9-3.”

Funeral services for Larry will be held at 1 p.m., Wednesday, July 28, 2021, at Melancon’s Funeral Home. Interment will follow at Oak Bluff Memorial Park in Port Neches.