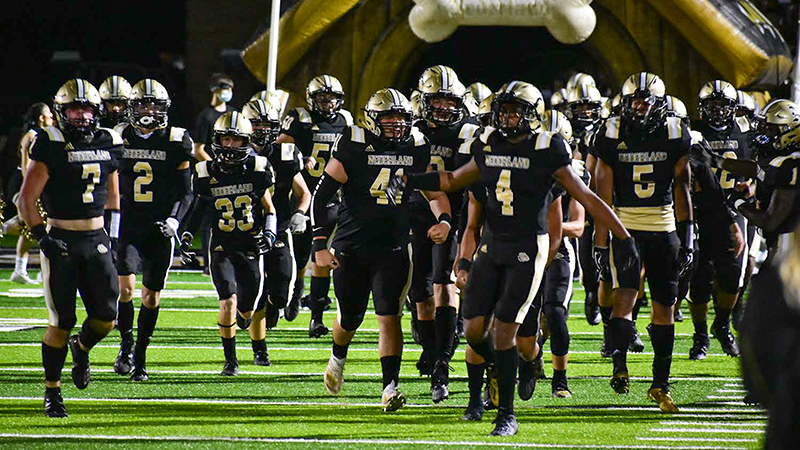 NEDERLAND — Those looking to watch Nederland football but can’t make it to Bulldog Stadium this year will be able to watch the game live on YouTube after the district agreed to a deal with a local production company.

The rules stated Texas High School football could not be live streamed on Friday nights. After several people declined to go to stadiums, which operated at 50 percent capacity, the UIL waived the rule, opening the door for several companies.

Mike Sheffield, the founder of Sheffield Productions, said he missed the boat last year but pledged to get the streaming rights for 2021 and did.

“(Last year), there was a bid and I lost it,” Sheffield said. “This year, I corrected it. I just got in front of Nederland and asked them what they wanted, because I wanted the bid.”

Sheffield graduated from Nederland and said he enjoys covering the Bulldogs.

He said his team is made up of Nederland alumni and family.

“It is Sheffield Productions for a reason,” he said. “I have my wife and brother Lew. He is the first one on board. He was doing sideline reporting for us when we had one camera 30 years ago. On any given Friday night, we had nieces and nephews working for us.”

“For over a quarter century, our Friday Night experience has brought the best local football to fans in Southeast Texas,” Jehlen said. “The quality of our product is well known. To say we are excited about this partnership is an understatement. Most of our crew are current or retired Nederland ISD personnel.

“Our goal is promote our district and community in every telecast. On each show, fans will see all-district pre-game and halftime activities. We will stream district videos and conduct interviews with district students and personnel as you warrant. At the end, fans will know they watched a Nederland ISD program, not one promoting the city of Katy.”

Sheffield said he would like to show the halftime performances in their entirety, but music rights forbid it.

“The schools have the right to preform the songs but it costs too much to stream them,” he said. “Natalie Gomez (Nederland High School principal) asked if we had ever considered a silent halftime. She said we would be able to see the band and twirlers and dancers. She said a lot of folks would still love to see them. We have great coverage and a good camera that can go in tight on the quarterback or the halftime performers.”

Sheffield said he is currently in the process of finding sponsors for the show. Those who miss the live stream can see all previous games on the company’s YouTube channel.

The season kicks off the regular season with an Aug. 27 matchup against West Orange-Stark.