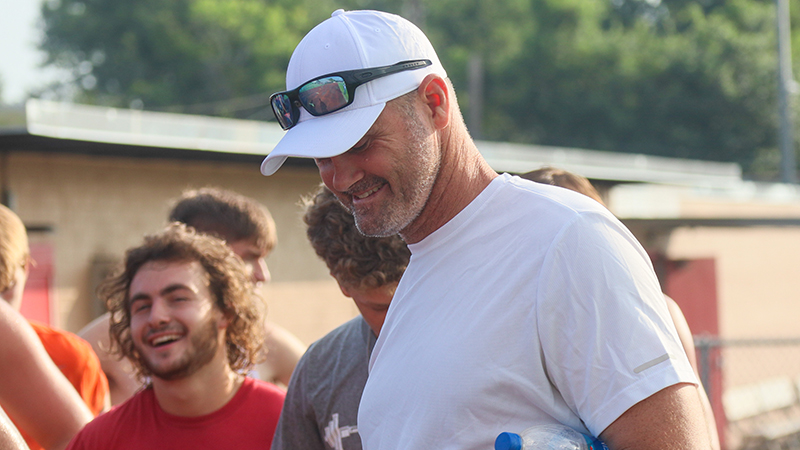 BRIDGE CTY — Bridge City’s new head football coach Cody McGuire knows a thing or two about winning. As an assistant coach for Austin Westlake for three seasons, he helped lead the team to back-to-back 6A State Championships and completed a prefect 14-0 season in 2020.

“With Coach Dodge, everything we did was to play a 16-game season,” McGuire said of his time at Westlake. “From our summer program to our practices, everything was designed for that. Hopefully I instill that here and, hopefully, these guys are excited about that opportunity.”

Bridge City hired McGuire to take over the program in April.

“He brings over 20 years coaching experience, and a lot of energy, enthusiasm, and heart for the entire athletic program,” Bridge City Independent School District said in a release. “While football is clearly his forte, he will also be very focused on increasing numbers and adding to each of our sports. McGuire knows what it takes to be the best, he pays attention to detail, he has high expectations and he grows competitors! We couldn’t be more proud to have made this incredible catch for an AD.”

In his first couple of months with the Cardinals, McGuire has collected some names with local ties to fill out his coaching staff.

“We are going to run the spread with a tight end on offense and our defense is a 4-2-5,” McGuire said.

The team is returning nine starters on offense and five on defense. McGuire said he has been pleased with the team’s leadership through summer workouts.

McGuire said his goal for his first season in Bridge City is simple.

“I want to be the best team on the field every Friday night,” he said.