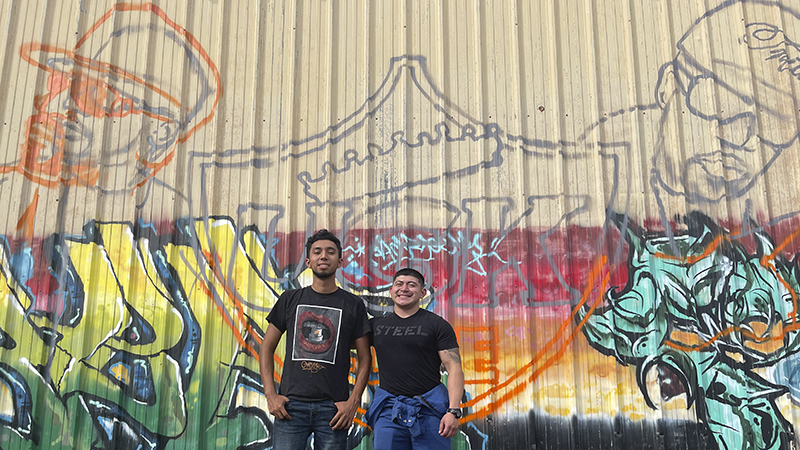 Things are about to get a lot more trill in Port Arthur, as two local artists work to recreate a well-known UGK mural removed in 2011.

“They had a mural of this already in downtown and they knocked it down,” said Elias Cabrera, “so we wanted to do it again but do it kind of different — our style.”

On Friday, Cabrera and Arnaldo Garcia, his friend since middle school, began working on the large mural that will be displayed on the side of a building on 17th Street, visible from Woodworth Boulevard.

Elias and Garcia worked to get the permission from business owners to uplift the city with art. 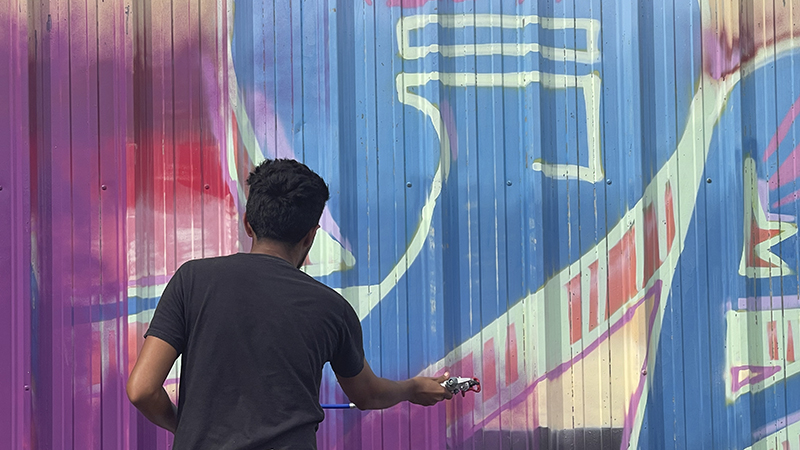 Elias Cabrera hopes to have the mural complete by Sunday. (Monique Batson/The News)

And it’s something Cabrera has been passionate about for sometime. In 2019, he assisted in painting the Port Arthur mural that adorns the seawall.

This tribute, however, will be a first.

Garcia said he specializes in portraits, but never quite like this.

“I do portraits but never large scale,” he said, “so we’ll see how it goes.”

The duo often sketch designs on iPads, sometimes use a projector, but do a lot freehanded.

On the 17th Street business, they’re covering up existing graffiti so that the entire wall will be a tribute to UGK. 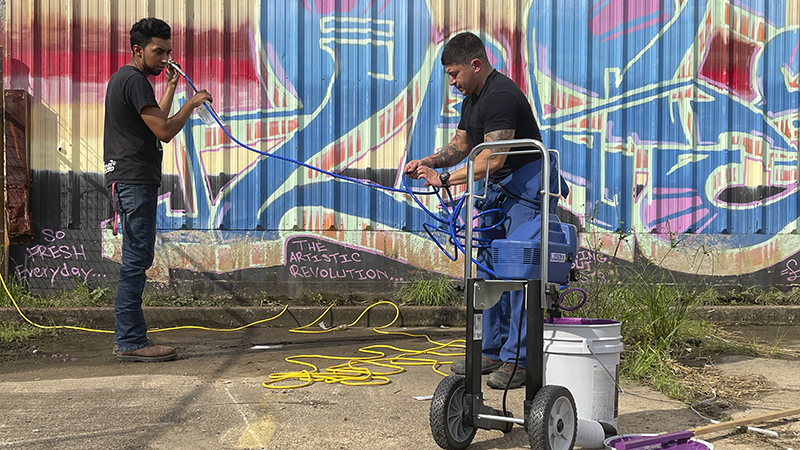 “I am very happy to see this mural being brought back,” Bernard “Bun B” Freeman said Tuesday by phone. “The original artist was a good friend of mine who is currently dealing with serious mental health issues. Let this represent not only the legacy of UGK but also the need for more mental health awareness in the black community.”

Freeman and Chad “Pimp C” Butler, both from Port Arthur, formed Underground Kingz in 1987, releasing their first big album four years later. In addition to their own music, the group has been featured in songs by a multitude of large artists.

According to their biography in the Museum of the Gulf Coast, “The self-titled ‘Underground Kingz’ debuted at No. 1 on the Billboard 200 in August 2007. Featured guests included Talib Kweli, Too Short, Rick Ross, Z-RO, Three 6 Mafia, Slim Thug, OutKast, as well as hip-hop legends Kool G Rap and Big Daddy Kane on a Marley Marl-produced track titled ‘Next Up.’

“The album got a positive reception both commercially and critically. It received a 4-star rating from Allmusic, and reached no. 1 on the Billboard Hot 200 album charts.”

But hopefully, weather permitting, the two will be reunited in colorful fashion and ready for the public to enjoy by Sunday afternoon.

The two artists have a GoFundMe called “Port Arthur Mural” to help with paint and supplies for this and future murals.

“This is a (non) profit endeavor and aims only to add large-scale art to our city,” Cabrera said in the fundraiser.