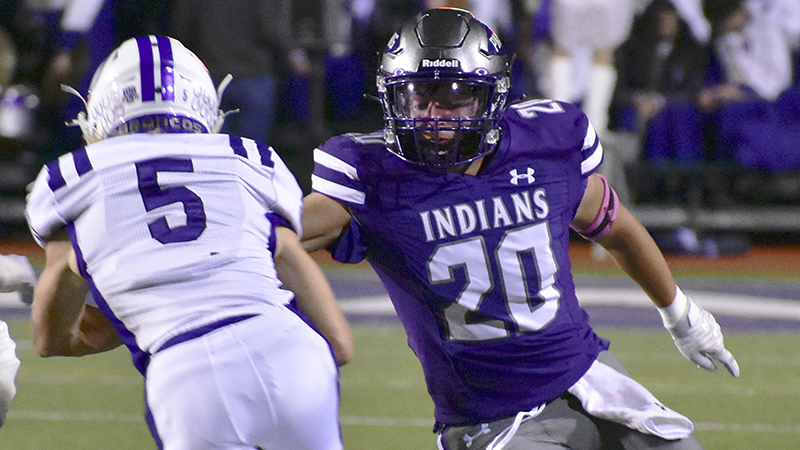 PORT NECHES — For the majority of his playing career, Port Neches-Groves’ Koby Trahan played running back. Last season, he made all-district as a linebacker but is excited to make the move back to the offensive side of the football.

His head coach, Brandon Faircloth, said Trahan is unselfish, which showed when the coaching staff asked him to make the move last year.

“He played as a sophomore at running back,” Faircloth said. “A lot of kids would want to play running back again, and Koby did what was best for the team last year. He moved to linebacker. He will do whatever it takes to help the team win.”

Faircloth said he and his staff have not made a decision yet if Trahan will play both ways in the fall.

“That is a decision we are going to make in two-a-days,” Faircloth said. “He did a lot at running back during the spring. That will depend on some other things and how we are playing at linebacker to be honest with you. I feel like we have some really good players there. I would like for him to just be the tailback, but we will see how it goes.”

Trahan said he is happy to be carrying the football again.

“It feels good to be back on my side and being able to run the ball,” he said. “I grew up playing running back. I feel like it is more natural for me.”

He wants to focus on running back but wouldn’t mind getting in on defense.

“I would go in for a close situation like a fourth down and we need a stop,” Trahan said. “I would go in and try to make a play.”

Faircloth said Trahan is the complete package at running back.

“He is a big kid that can run really fast and catch the ball,” he said. “There is really nothing he can’t do. He has been a very talented running back ever since he came into seventh grade. He is a big-play guy with good speed. We are excited about getting him the ball and watching him play this year.”

While he is ready to make plays at running back, his favorite play from last season came at the expense of a fellow running back in Mid-County Madness.

“It was about to be halftime and they have the ball and get the ball at half,” he said. “We all went back deep, so they ran the ball and he ran down the middle and went up about 30 yards and I just came down hill and smoked him.”

When he is not on the football field, Trahan said he tries to stay active by working out. He also plays left field for the PNG baseball team.

Trahan said he had a favorite running play his freshman year was a counter run out of the shotgun formation.

“That was my play and it is still my favorite play,” he said. “The QB rolls out. I take about three steps to the right and then take off the other way.”

Trahan set the bar high and said he wants to rush for 150 yards per game.