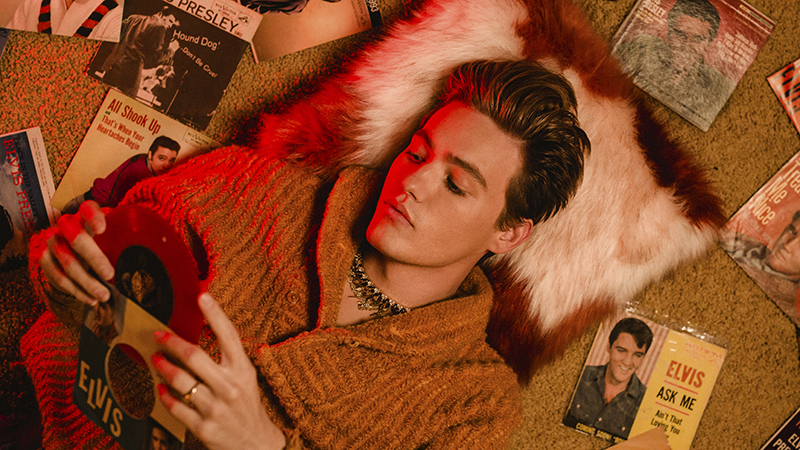 Nederland’s Jake Rowley has been quite busy as Elvis in the Tony award winning Million Dollar Quartet. (Courtesy of Crystal K. Martel )

The Jefferson Theatre will be rockin’ and rollin’ with the sounds of Elvis brought by Southeast Texas’ own Jake Rowley on Saturday.

Doors open at 6:30 p.m., and the show starts at 7:30 p.m. Saturday at the theater, 345 Fannin St. in downtown Beaumont. Tickets are available at the box office, beaumonteventstx.com or by visiting ticketmaster.com. A portion of proceeds from the show will benefit the 100 Club of Southeast Texas. 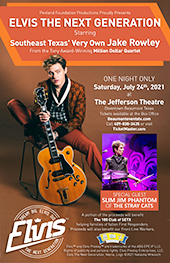 Elvis the Next Generation will hit the stage on Saturday.

The Nederland High School graduate has been quite busy as Elvis in the Tony Award-winning musical Million Dollar Quartet. He has also performed all over, including the U.S., Canada, the United Kingdom, South America and Australia.

Elvis fans will hear the songs they know and love and some deeper songs that are special to Rowley.

“The audience will see a high energy show with a very young, talented and authentic band, who like myself, loves and feels this music in our hearts and in our soul,” Rowley said when asked what fans can expect. “Our show is not an impersonation, but rather a pure celebration of the music, the heart and spirit of the greatest entertainer of all time, Elvis Presley.”

The audience will also get a chance to hear special guest Slim Jim Phantom, drummer of the Stray Cats, perform some of his own hits and also some of the early hits from Sun Records, together with Rowley.

“Elvis Presley continues to influence every generation that’s come since,” Phantom said. “The raw sophistication of the Sun Studio recordings still has the same affect on me as it did when I first heard them. It’s gonna be cool to play them with the very talented Jake Rowley and also to perform some of my own biggest hits for you, all to help a great cause. Get ready cause we’re gonna rock this town.” 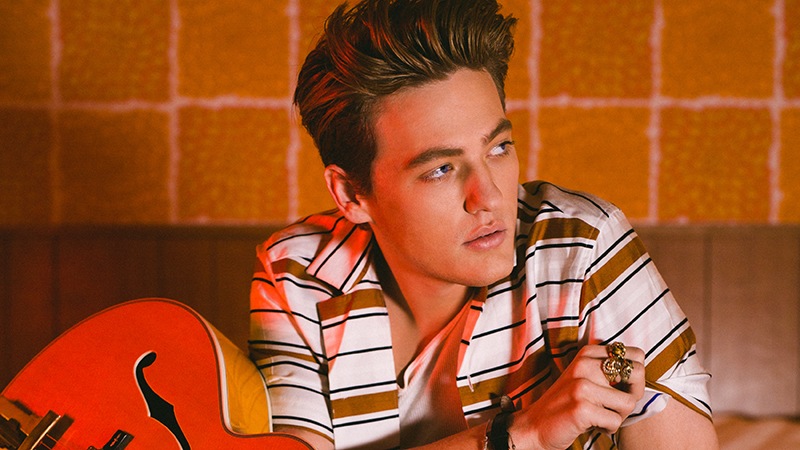 Natasha Mrkovich, founder of Elvis the Next Generation movement, will be on hand as well.

“Fans will see a great show that their kids will love and it also helps a wonderful cause supporting the Southeast Texas 100 Club. The show is produced by Mr. Joe Penland of Penland Foundation Productions who helps a lot of great causes right here in our own area,” Mrkovich said.

Rowley hasn’t performed in the area since 2017 when he had a show at The Jefferson Theatre and in 2015 when he was chosen for the 80th birthday tour of Jerry Lee Lewis at the Julie Rogers Theatre.

During the upcoming performance he will take on fan favorites like “That’s Alright Mama,” “Jailhouse Rock” and ballads such as “Can’t Help Falling in Love,” among others.

“First and foremost, I am an Elvis Fan,” he said. “So I am just as excited to perform these songs as the audience will be to hear them.”