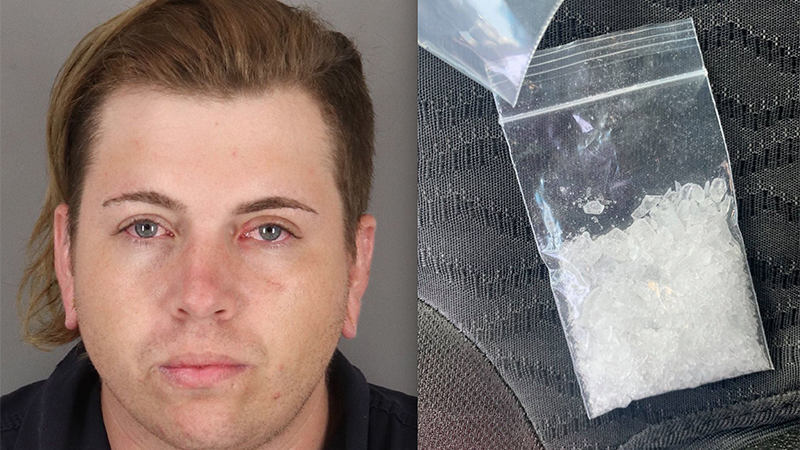 The Port Arthur Police Department released these photos of Dustin Smith and the meth officers said was discovered in a vehicle he was operating. (Courtesy photos)

A Port Neches man was jailed this week after a late-afternoon traffic stop in Port Arthur led to a meth discovery, police said.

Officers with the Port Arthur Police Department conducted the traffic stop in the 4500 block of Twin City Highway near the vicinity of Sonic Drive-In at approximately 4:22 p.m. Tuesday authorities announced.

“The driver of the vehicle gave consent for officers to search the vehicle,” a PAPD statement said. “During the search, 38.35 grams of methamphetamine was located.”

The driver, identified as 28-year-old Dustin Smith, was taken into custody and charged with possession of controlled substance penalty group 1 and taken to the Jefferson County Correctional Facility.

PAPD Chief Tim Duriso said the amount of drugs confiscated is consistent with distribution, and detectives are working to find the man’s supplier and the people the drugs are allegedly being distributed to.

Smith was listed as a jail inmate on Thursday afternoon with a $30,000 bond for possession of a controlled substance.