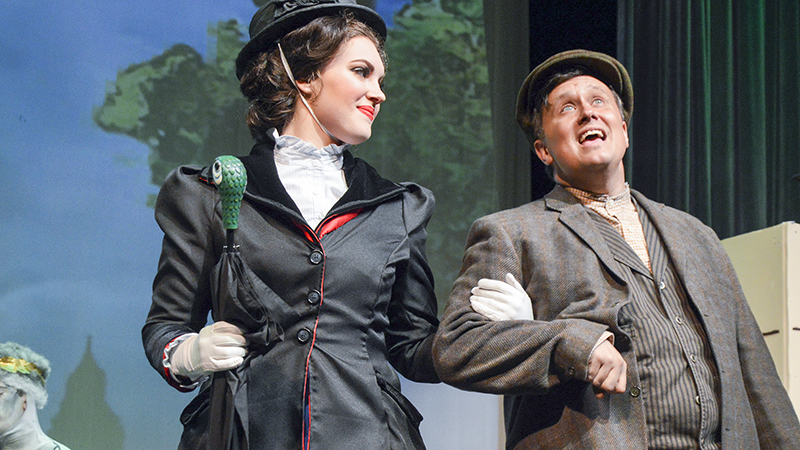 NEDERLAND — Christine Couron has come full circle, but that doesn’t mean she’s leaving her dreams behind as she returns to the high school that fostered her love for music and the arts.

The Nederland High School graduate is set to use her experiences as an actress, singer, dancer and model to lead the school’s choir students.

“We are extremely excited to have her return to NHS, where she participated in our choral program as a student. We hope she will mentor and inspire our students to follow her lead and pursue music abroad as well. This is an exciting full-circle story.”

Couron is set to take over as head choir director this fall.

“I never thought I’d have the opportunity to step in my teacher’s legendary shoes,” she said of the role held by longtime music director Rene Kloes, who retired recently.

Couron attended the University of Central Oklahoma, where she had a double major in musical theater and vocal performance and earned her a bachelor of music degree. She went on to obtain her master’s of music from Manhattan School of Music, then worked with some of New York City’s and Europe’s finest directors, she said.

Her career has brought her near and far.

She has performed for an opera company in Italy in 2013, sang at Opera America in Manhattan, done many holiday performances at St. John’s of New York under the direction of Mark DeLaRosa, and trained at Broadway Dance Center on Broadway in NYC.

In addition to her musical accolades come her pageant experiences.

She holds the titles of Ms. Texas Universe and Ms. U.S. of America and this weekend she will travel to Las Vegas to compete in the Ms. Universe pageant.

Not to be confused with the Miss Universe pageant, the United States of America pageants are “designed to encourage women to strive to achieve their hopes, dreams, goals and aspirations, while making them feel confident and beautiful inside ad out,” according to the website.

The pageant focuses on different age ranges and statuses. It begins Saturday in Las Vegas, and worldwide voting online is underway to select the Internet’s Choice, Couron said.

Voting for the internet choice award can be completed at itsaboutthegirl.com/product-page/christine-a-universe.

Voting ends at midnight July 19. Votes are $1 with a minimum of five votes in specified increments. 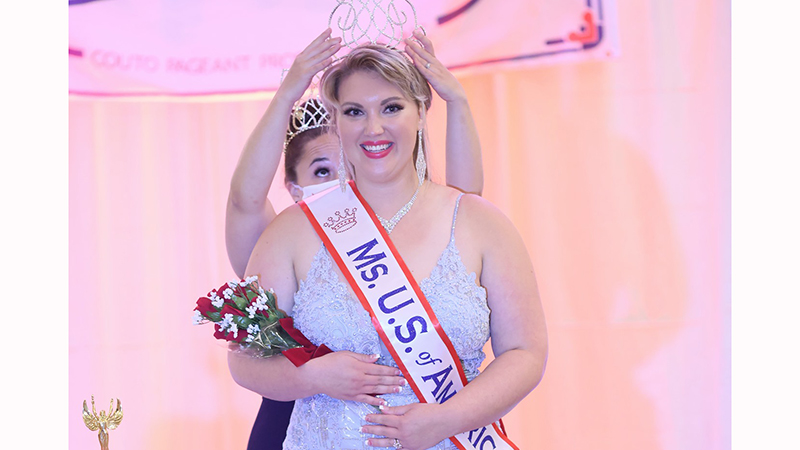 Christine Couron as she is crowned Ms. U.S. of America. (Photo courtesy of Catherine Fiehn Photography)

The platform, moving on

“My platform as Ms. U.S. of America 2020-2021 is centered around victims of domestic violence and the Center for Hope and Safety in New Jersey that helped me through trying times, “she said.

Couron said she escaped from a violent relationship and when she and her former partner parted ways she was left without a way to care for her young daughter.

She thought long and hard about what kind of lifestyle she wanted to provide and wanted to show her daughter you don’t have to live a lifestyle of just barely making ends meet. Instead she wanted her daughter to see “you can completely thrive when you get out of this.”

Couron said participation in pageants is about sharing her message and hopefully making a difference.

She became involved in pageants after registering her daughter in a pageant in New Jersey when the child was just 2 months old.

The director told her she should look into competing. Her first thought was, “I don’t look “like the typical pageant girl.” She was told she embodies the image of a queen.

“It was one of the best experiences of my life,” she said of competing. “When I was there it was probably the first time since escaping abuse. I was taking my womanhood back. I felt beautiful for the first time in a long time.”