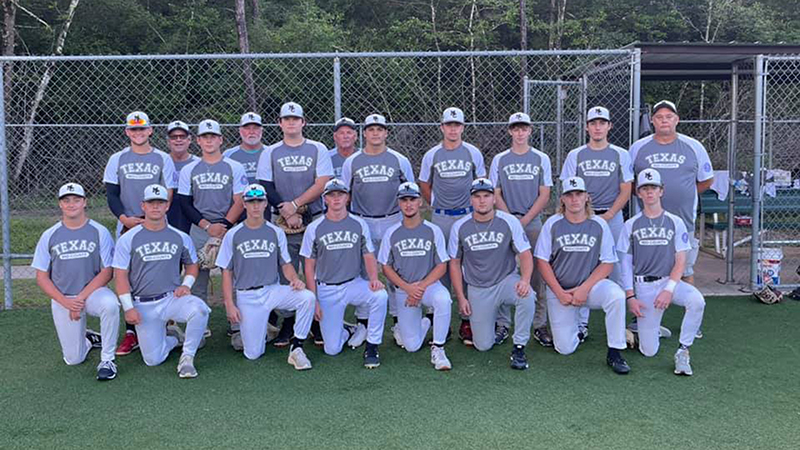 The Mid County Babe Ruth All-Star team is heading to Mobile, Ala. after a dominant performance this past week.

The game was moved to PNG High School due to the weather’s impact on Nederland’s grass field.

“We performed pretty well,” Manager Jimmy Collins said. “We started a little slow the first couple of games. We kind of broke out mid-game of each and then it was pretty much downhill. Luckily, we had enough pitching to go around. It seemed like some of the other teams ran out of gas from having to play so many games.”

While the tournament schedule is set, the Mid County team representing the Southwest region will have to wait until the end of the weekend to see whom the next opponent will be out of the Middle Atlantic region.

“It will be fun,” Collins said. “We went (to Mobile) last year for an invitational and played at Hank Aaron Stadium, which is where we are going to play this tournament. It is a beautiful place and it holds 6,000 people. We are happy to be going.”

Collins said he does not like to spotlight individual players, but said the team’s makeup has played a large role in its success.

Mid County (Southwest) will play its first game July 31 at 4 p.m. Their next game will be aAug. 1 at 10 p.m.. The team will take the following Monday off before getting back to action with 10 a.m. games on Tuesday and Wednesday, which is the pool game.

The organization will host an alumni game at Nederland High School early next week.

“A bunch of our guys are coming back,” Collins said. “I shouldn’t call them old guys. A bunch of them are in college. They will put a pretty good group out there. Everything hinges on the weather, of course.”

The game will start at 7 p.m. Tuesday.