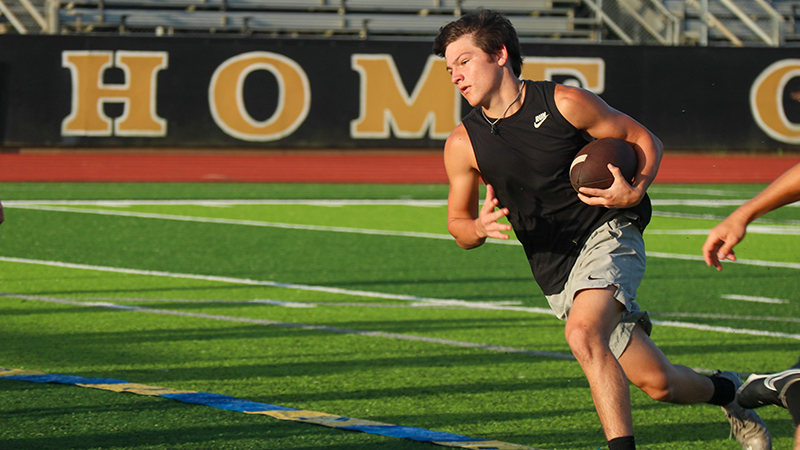 VIDOR — Being a quarterback for the Vidor Pirates is unlike lining up under center for most programs. In today’s game, quarterbacks typically throw at least 20 passes with the high end around 50 per game.

At Vidor, the quarterback is asked to do a much different job and would be lucky to throw 20 times in a season.

After playing corner last season, Eli Simmons will take the reigns for the Pirates and their triple-option offense in the fall. 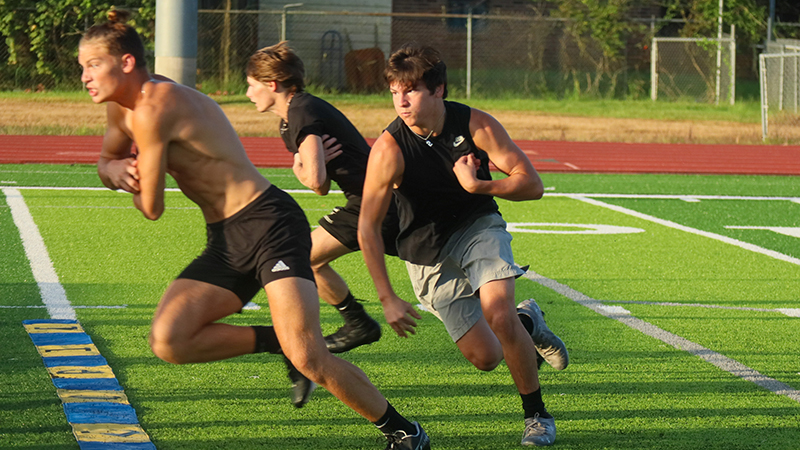 The Pirates’ style of play regularly calls for the quarterback to run the ball and play out fakes that leave him vulnerable. The triple-option has a lot of motion in the backfield designed to confuse defenses on who has the ball. During the summer, the offense focuses on the intricacies of carrying out fakes and the precise timing of the rushing attack.

“I get to be a whole different kind of player,” Simmons said. “I get to block, hit run and throw. Other quarterbacks get to step back and throw. Vidor quarterbacks have to go out and hit somebody… I love it. People say we should throw more, but the way Coach put it, it will work.”

“He is an unbelievable leader,” Mathews said. “He leads by what he says and by what he does. In practice, when we carry our fakes out, we tell them to run to the hash, and he runs 5 yards past it. Because he lifts the bar, everyone else does it as well.”

The quarterback said leadership qualities have always come naturally, but the position change has added gravitas.

“Being the quarterback, everyone looks at me differently,” he said. “I have to be more vocal. If I don’t say anything, mostly nobody would.”

Simmons comes from a Vidor football family. His oldest brother played quarterback in 2013 for the Pirates and his other brother played full back a couple years ago.

“Since my older brother played quarterback on varsity, that is all I’ve wanted to do,” Simmons said. “Coach finally gave me a chance, so I am hoping I can fill the shoes.”

After finishing last season 2-3 in district and earning a fourth seed in the playoffs, Simmons said he is ready for the Pirates to make a leap this year and wants to win the district title and leave his mark on the program. The quarterback is confident in his team’s ability to make a deep playoff push.

“I want to be a team leader and make sure I am remembered in Vidor,” he said.