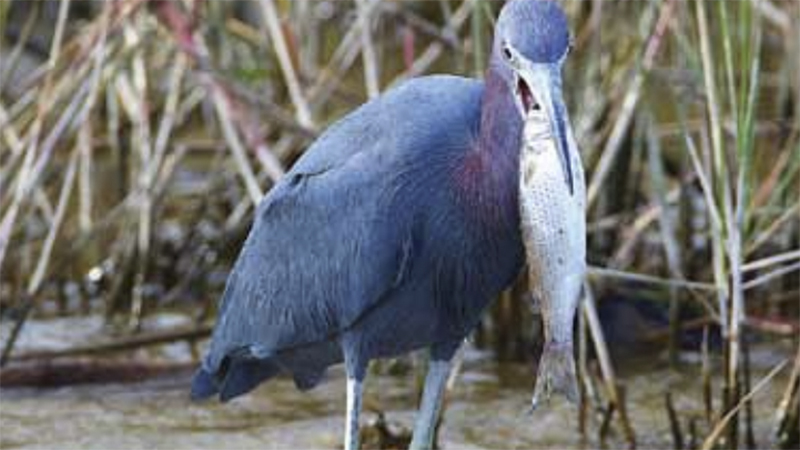 Port Arthur could soon become one of a handful of Texas towns officially certified as a Bird City.

The city council approved a request from the Port Arthur Convention and Visitors Bureau to apply for the designation, which is given by Texas Parks and Wildlife.

Currently, the only certified communities in the state are Bastrop, Dallas, Houston, Port Aransas, Galveston, San Antonio and Surfside Beach.

“Birding — along with fishing and boating, outdoor recreation and cultural heritage tourism — are basically the tourism markets that our office pursues to bring people to the city,” said Tammy Kotzur, executive director of the Port Arthur CVB. “There’s more than 600 species of birds in the state of Texas, and Jefferson County has 394 that have been recorded on the eBird app.”

The app, which tracks locations where birds are spotted, is used in a multitude of countries.

“We have gotten so many European birders in the past,” Kotzur said. “Now with COVID and the pandemic, that has certainly changed; but birding has also changed. It’s a lot of backyard birders now, a lot of people that are outside now that weren’t outside before and are becoming birders.”

The executive director said Europeans often travel to the area to see cardinals and blue jays because they do not have them in their countries, calling them “life birds.”

“When I was growing up we would always see cardinals and blue birds,” said Councilman Donald Frank. “I don’t see many of those in our city anymore.”

Acceptance allows cities to use the official program logos in all promotional materials, inclusion in the Bird City Texas Workshop, and recognition by TPW.

“I know when I grew up there were signs when you enter the city — in the late 50s and early 60s — that would say, ‘Port Arthur: The Bird Sanctuary,’” Mayor Thurman Bartie said. “And it was all we knew.”

Click here to get directions to each place and a list of popular birds spotted at these locations.