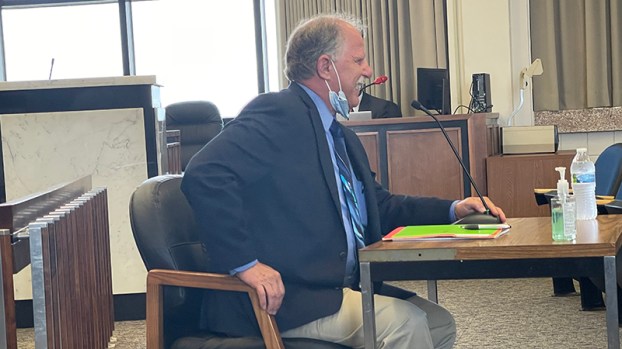 The Port Arthur City Council on Tuesday unanimously approved a new fire chief, who will begin the position on Monday.

City Manager Ron Burton recommended Greg Benson, who most recently served in California, for the position.

During Tuesday’s regular council meeting – the first to be held in-person since April 2020 – Benson’s hiring was approved without opposition.

Councilwoman Charlotte Moses made the motion to approve the hire, with Mayor Pro Tem Donald Frank providing a second. There was no discussion regarding the action.

Deputy Fire Chief Robert Havens, who was present at the meeting, has been serving as interim chief. Havens was one of the three finalists for the position, and the only native of Port Arthur.

In addition to earning a Bachelor of Science and Master of Public Administration, he currently is enrolled for a doctorate in education.

Benson interviewed before a panel of city leaders June 2.

Click here to read more about him and the other two finalists.