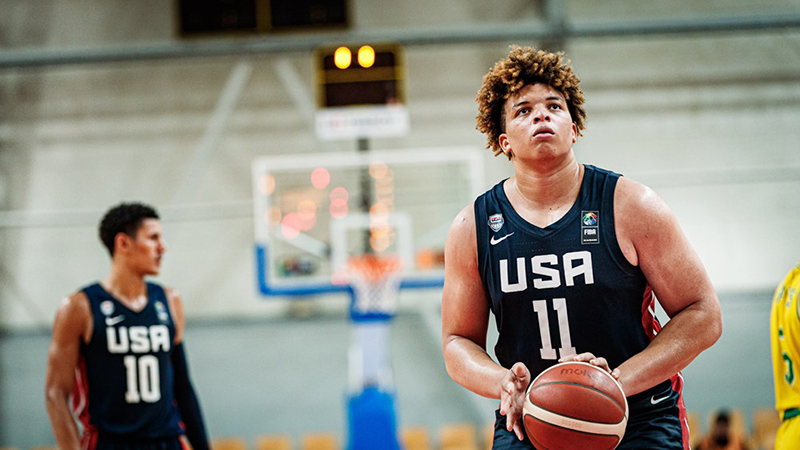 The teams in this list cover Port Arthur, Mid County and Beaumont.

First, we will start off with the honorable mentions:

Nederland Head Football Coach Monte Barrow was named the Bum Phillips Coach of the Year in April. Barrow led the Bulldogs to the third round of the 5A Division II playoffs.

The other sports moment in the honorable mention category was Memorial graduate Kary Vincent Jr. getting drafted by the Denver Broncos in the seventh round of the NFL draft in April. Vincent won a National Championship with the LSU Tigers in 2020.

These were hard to leave off the list, but it shows how much has happened over the course of six months.

The Indians baseball team earned a share of a district title and the No.1 seed in the district after upsetting Barbers Hill, who went on to win the state title. PNG advanced three rounds deep into the playoffs before losing to Friendswood. 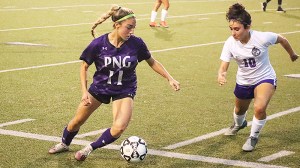 Marlee Sonnier tries to get past a defender during the first half of PNG’s 2-1 win over Fulshear in the second round of the 5A playoffs Tuesday. (Chris Moore/The News)

Memorial’s Tre’Vonte “Tink” Caines earned the state title in the shot put, while Maleek Jones placed third in the triple jump. Caines delivered his best throw of the season with 59’7.5” inches. Jones jumped a distance of 47’9.25” and came in fourth in the high jump with a height of 6’4”. Both athletes signed letters of intent to play college football next season. 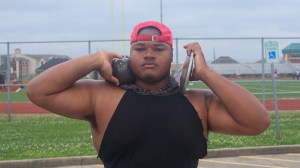 Two area tennis players competed in their respective state title matches with one coming home with a gold medal. Sabine Pass’ Travis Mistry earned the first state championship in the school’s history. Mistry also signed a letter of intent to play college tennis at Franciscan University in Ohio. Nederland’s Megan Do also made a state run. The Bulldog upset the higher seed in the regional round before competing in Austin. The junior came away with the silver medal and high expectations for her senior season. 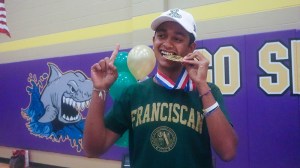 The Beaumont United basketball team completed a perfect season with a state title win in dramatic fashion. Down three with the clock winding down in the fourth quarter, junior forward Terrance Arceneaux came up with a huge three-pointer to send the game into overtime. Then, down two in the final seconds of OT, it was Arceneaux again who went for the win and sank another three to close the game 71-70. 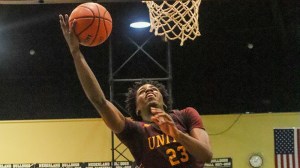 Beaumont United’s Terrance Arceneaux goes for a layup during the Timberwolves’ 51-29 win over Nederland at the Dog Dome on Friday. (Chris Moore/The News)

Memorial graduate Kenneth Lofton Jr. has enjoyed quite the star turn. As a freshman for the Louisiana Tech Bulldogs, Lofton was named Third Team All-Conference USA and C-USA Freshman of the Year after helping leading Tech to a 24-win season and a third place finish in the National Invitation Tournament. He was also selected to the USA Mens U19 basketball team, where he dominated the competition and gained the attention of many as his team swept through the field and won the gold medal.